Chinatown is a visual challenge in itself, but at the turn of the year, the chaos of Chinese, Thai and English fonts is augmented by an additional layer: The Chinese New Year casts its red-gold shadow.
On 25 January 2020, more than a fifth of the world's population celebrate the beginning of the Year of the Rat. Preparations are also in full swing in Chinatown. It is the time of calligraphers, decorators, Hell-Money and Chanel paper bags. 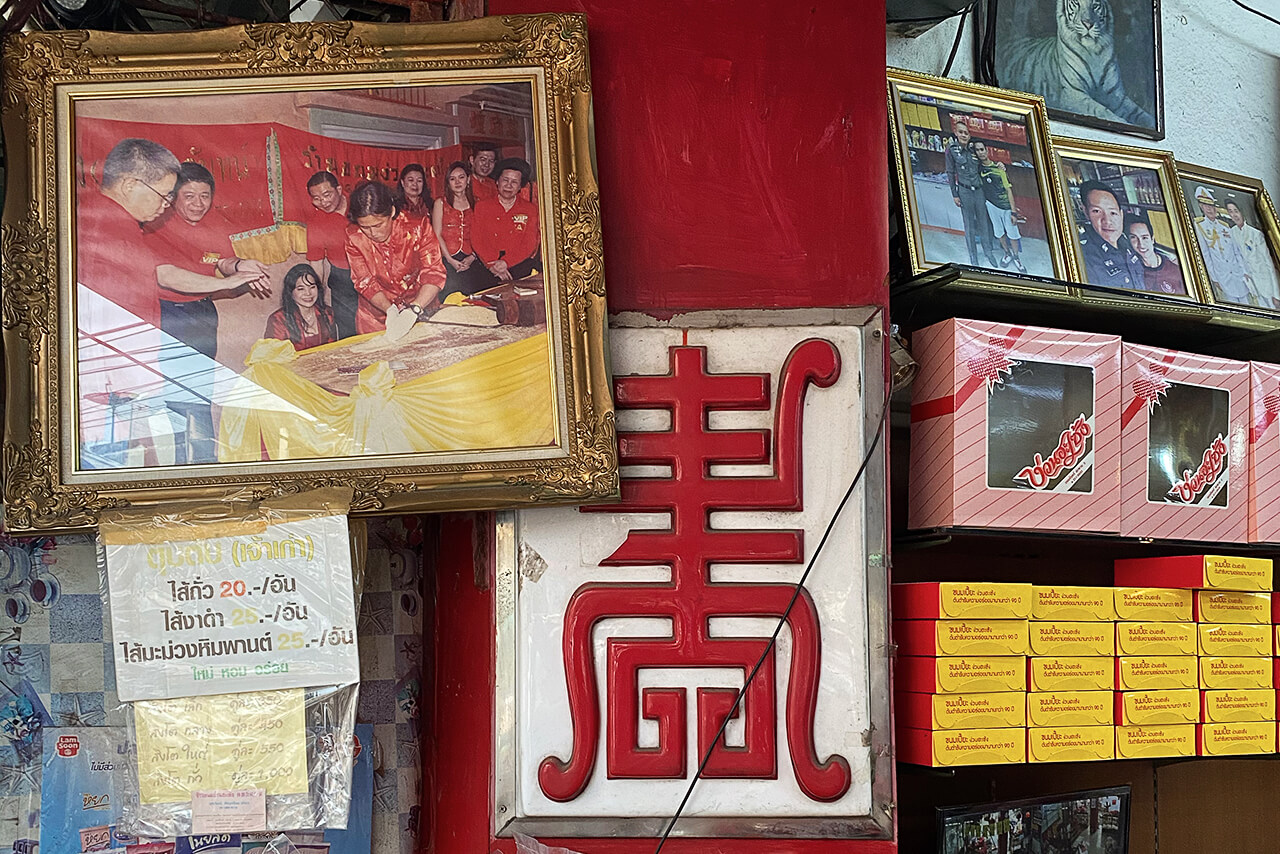 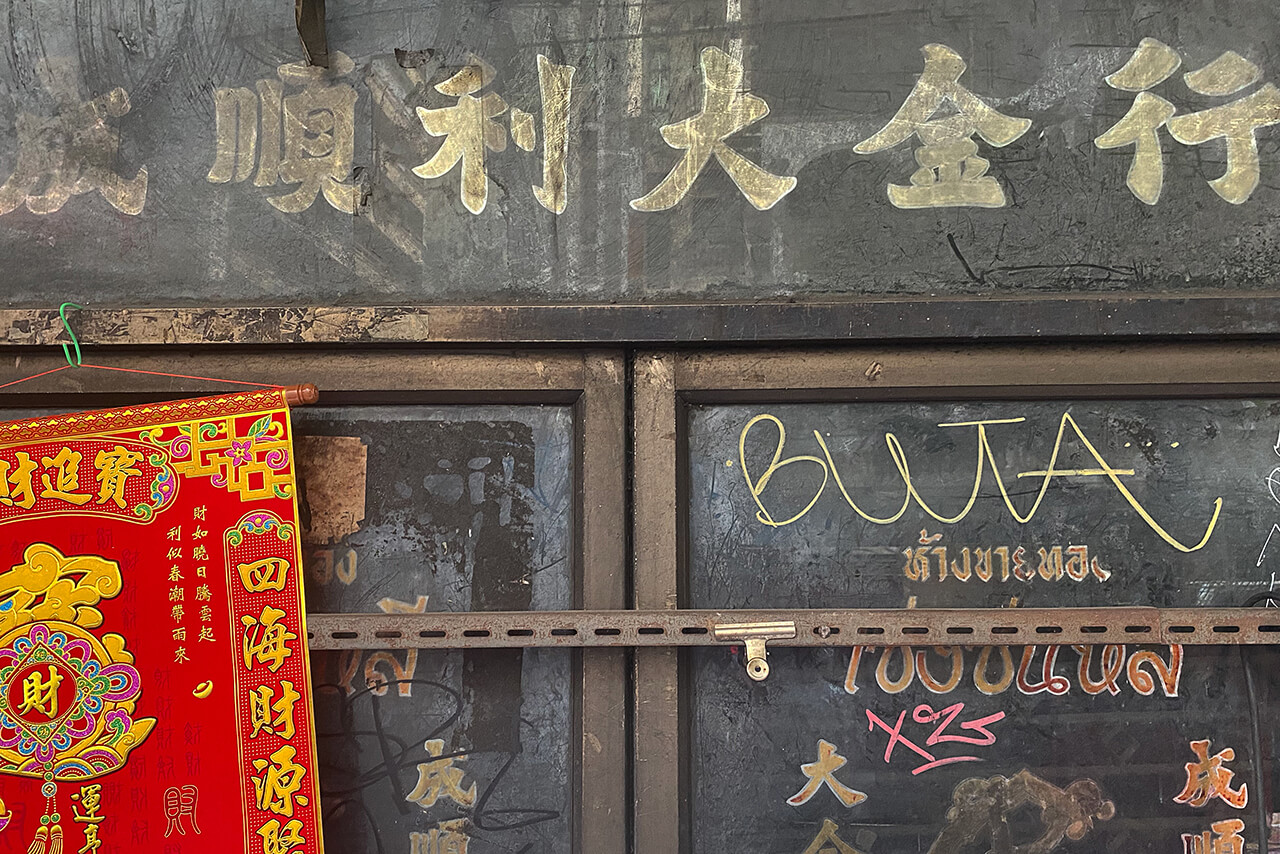 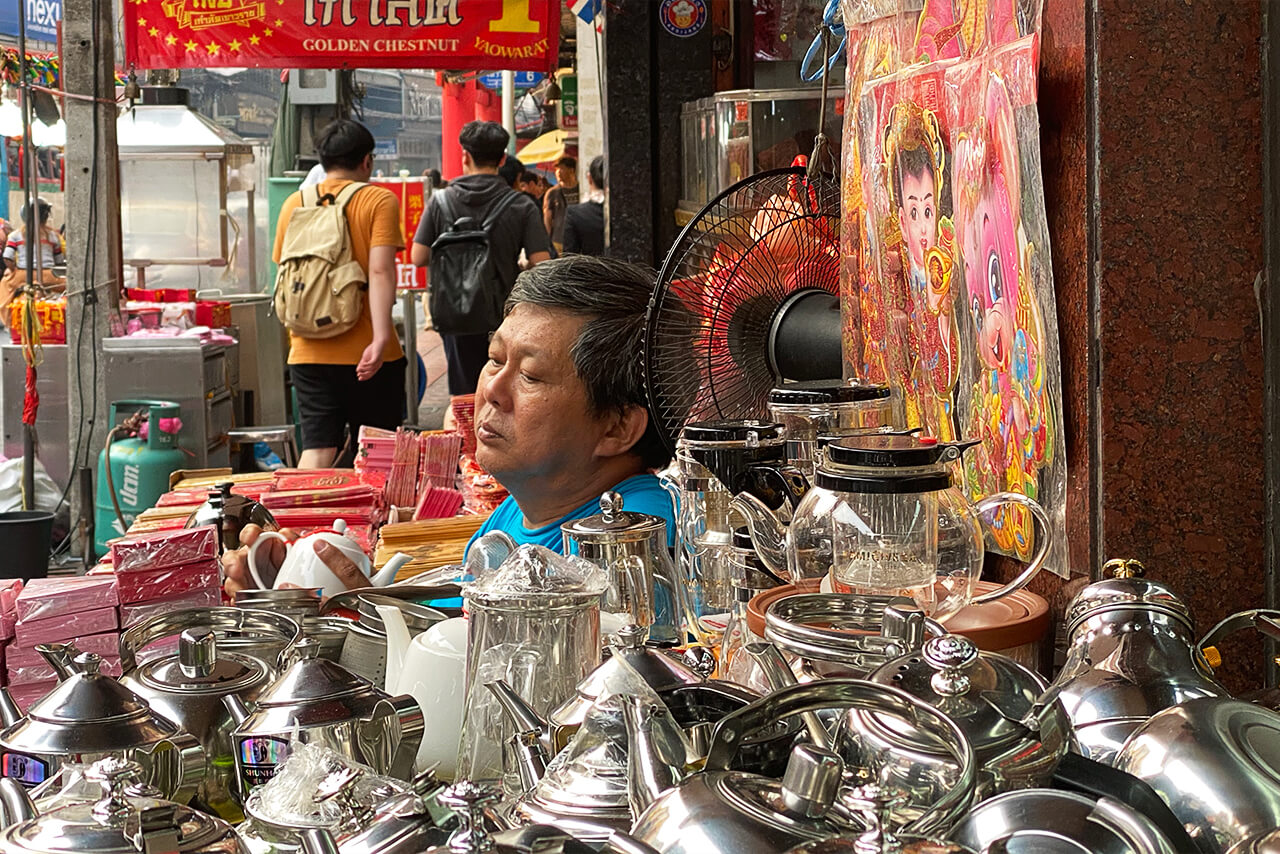 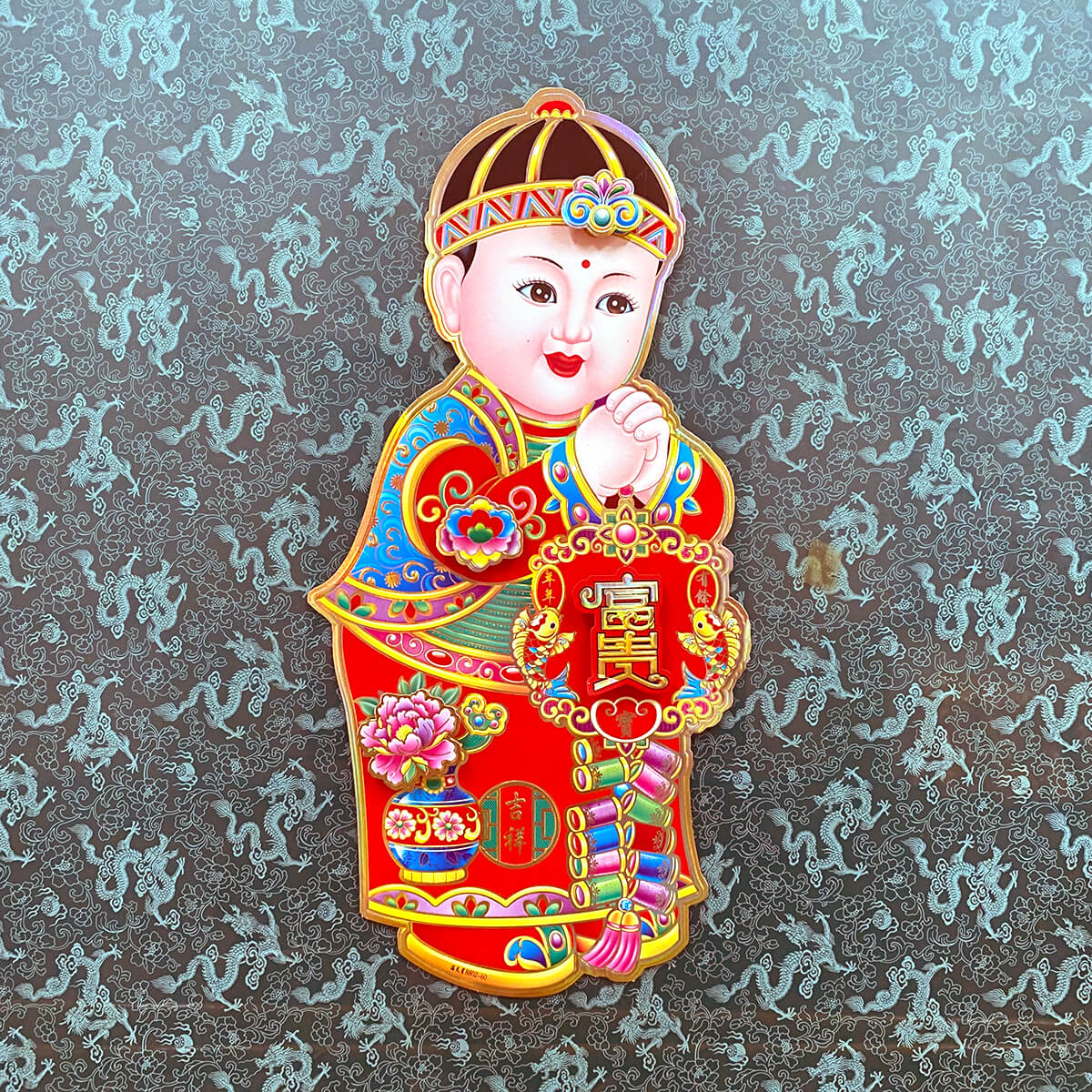 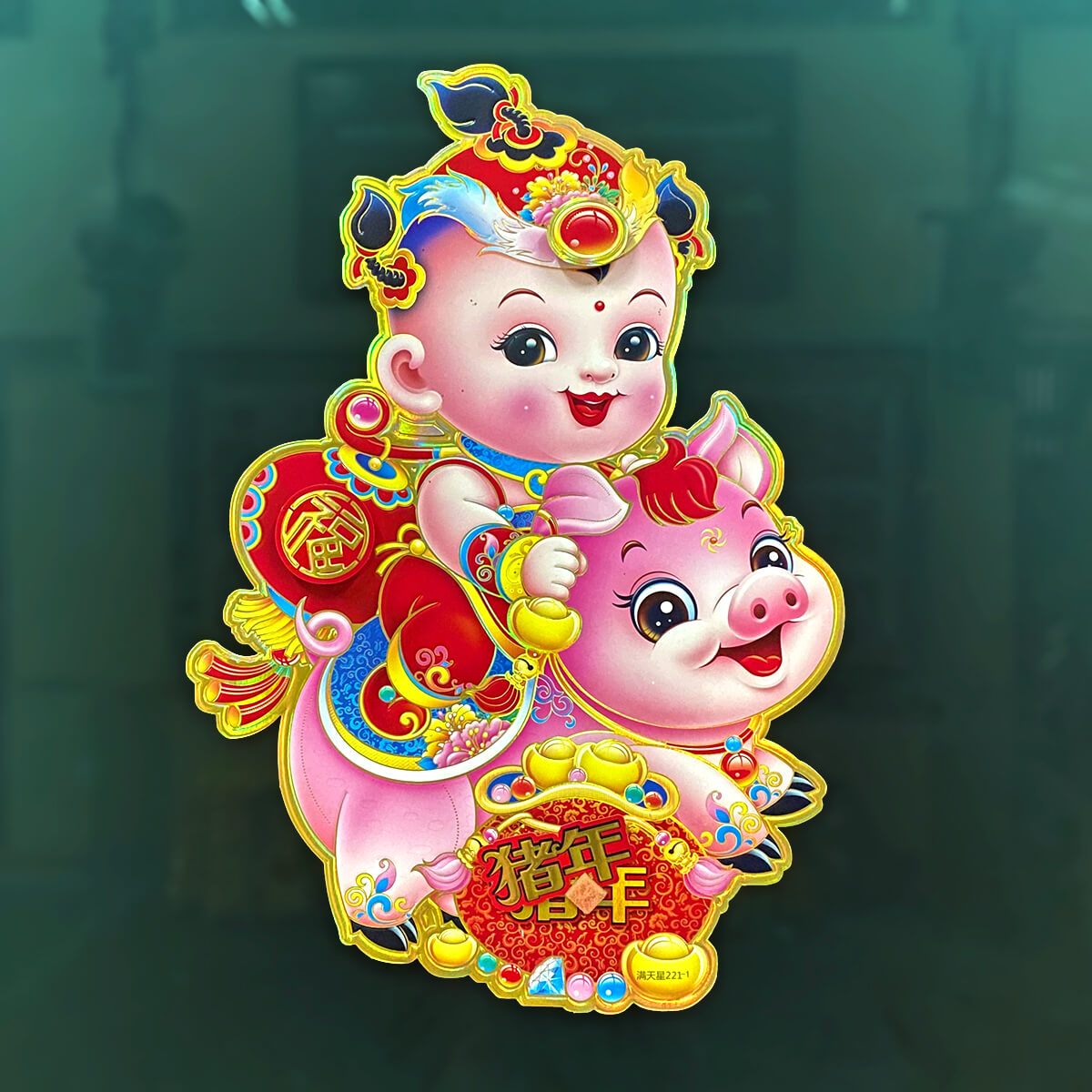 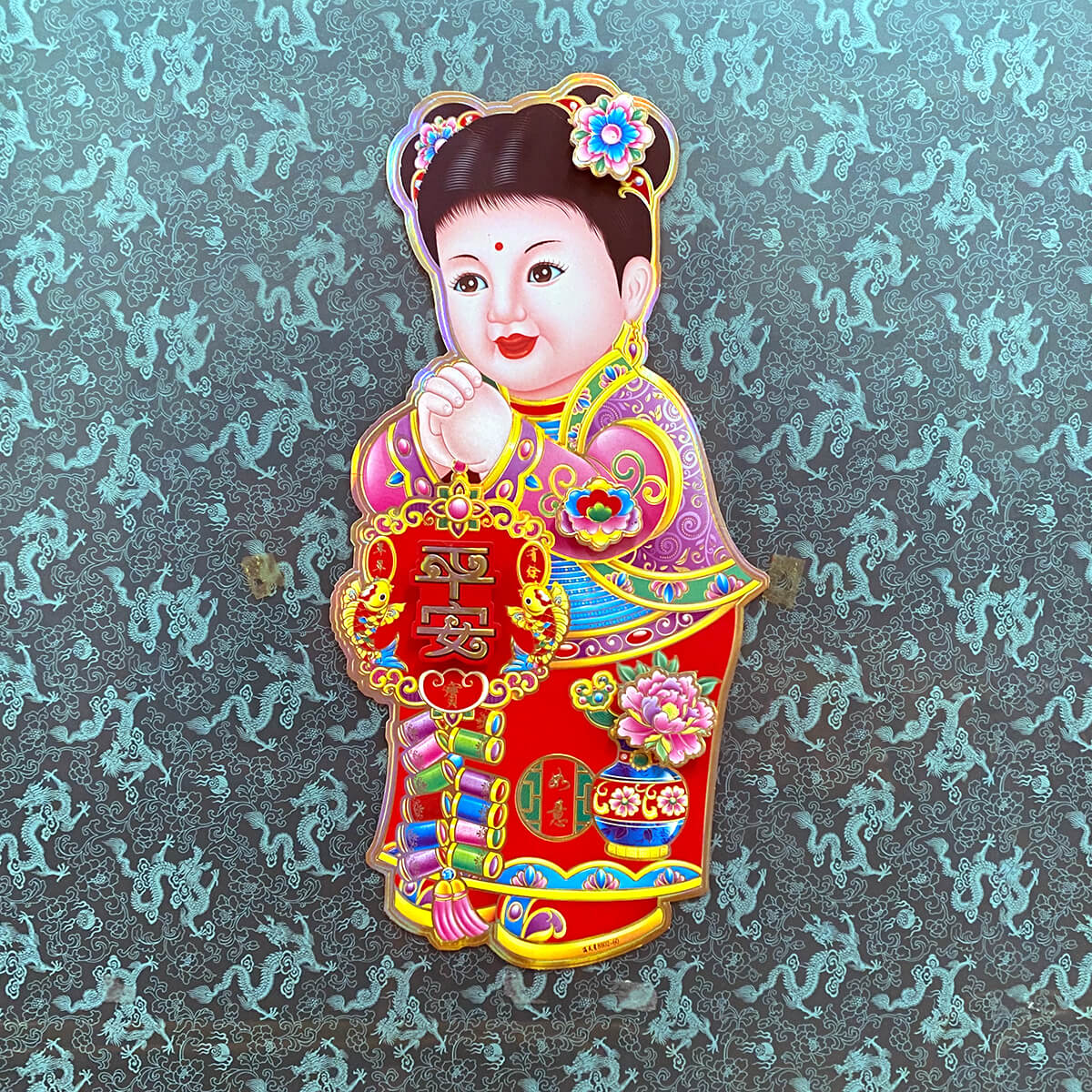 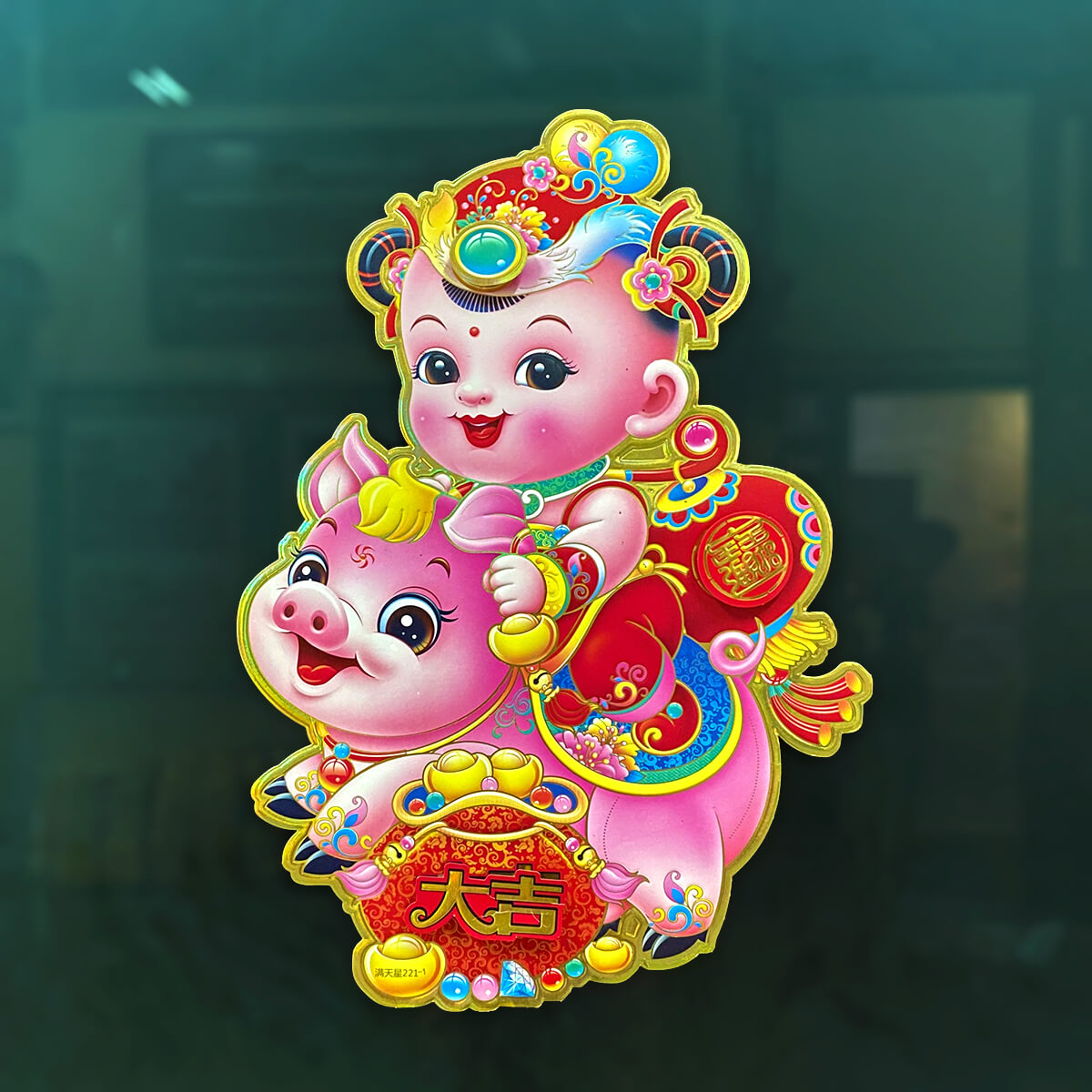 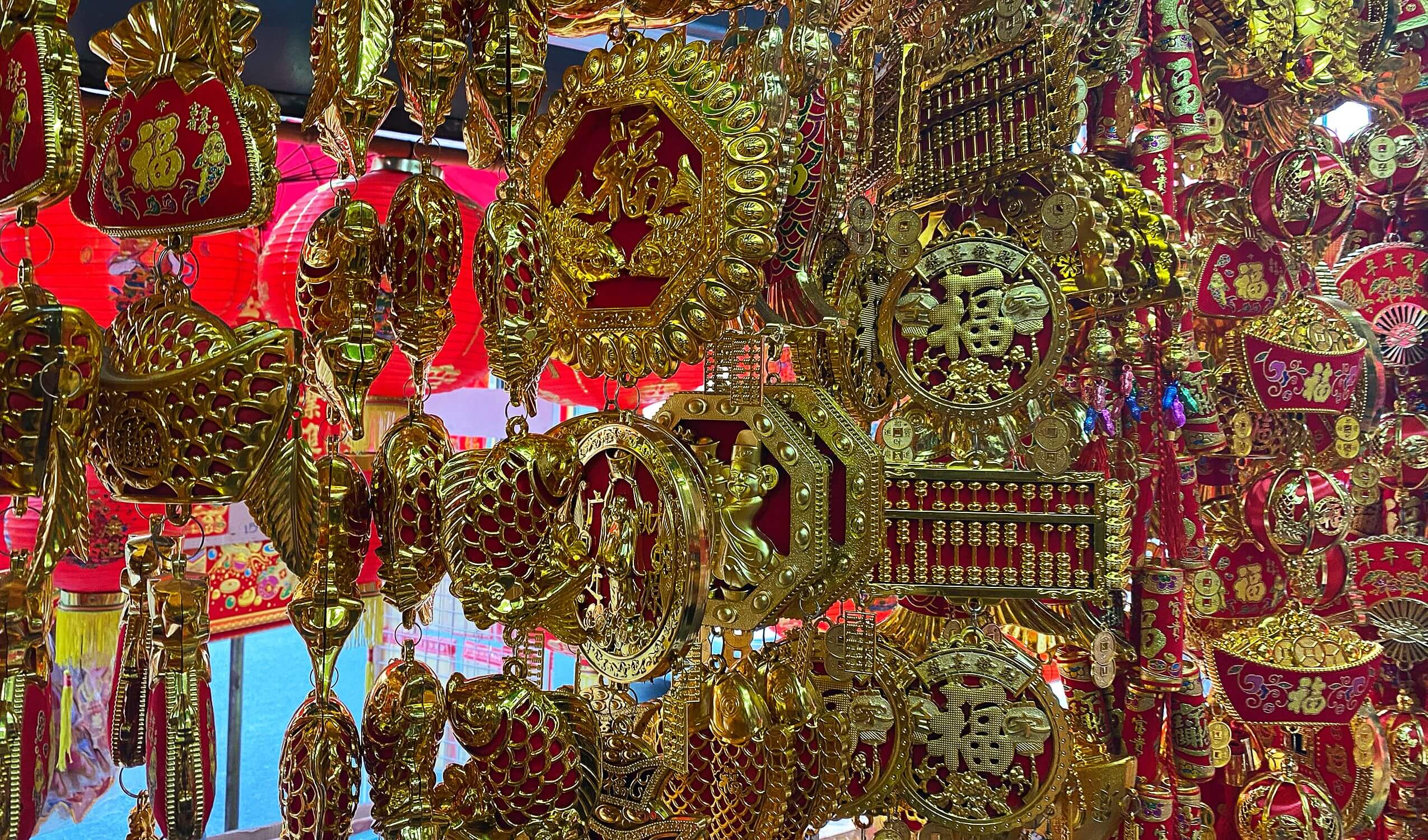 Lanterns, bags, clothes, paper decorations: Red is omnipresent during Chinese New Year, the colour symbolizes happiness and joy. Even gifts of money are handed out in red envelopes, an old Chinese tradition that is just as widespread in Thailand. A few years ago, the messenger service WeChat even introduced “digital red envelopes” for virtual money transfers.
Yellow is considered the most prestigious color by the Chinese. In imperial China yellow was reserved for the emperor and was used to decorate palaces, altars and temples. Today yellow has an image problem: it is increasingly associated with prostitution and pornography. Pornographic publications are called “yellow films or booklets”, women accused of prostitution are put into yellow clothes and shown in public. 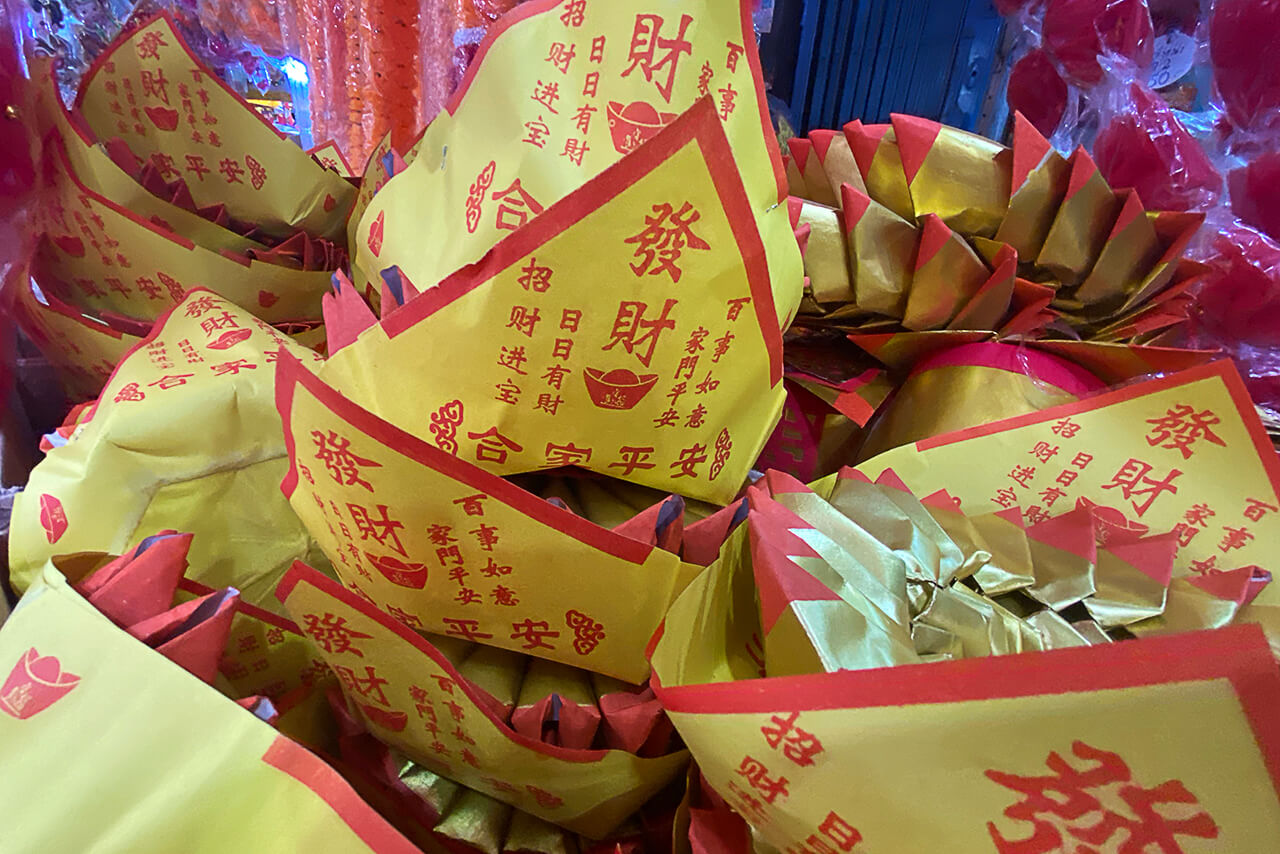 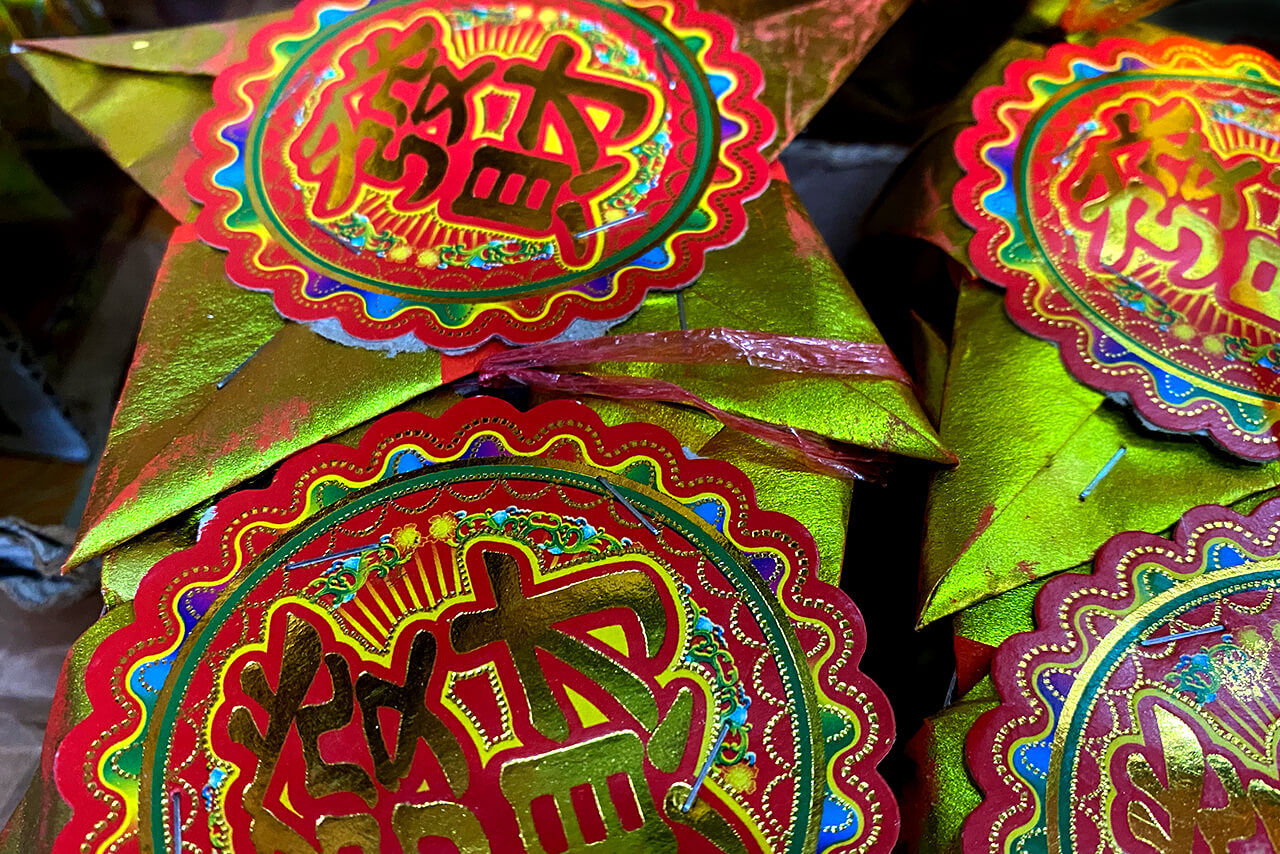 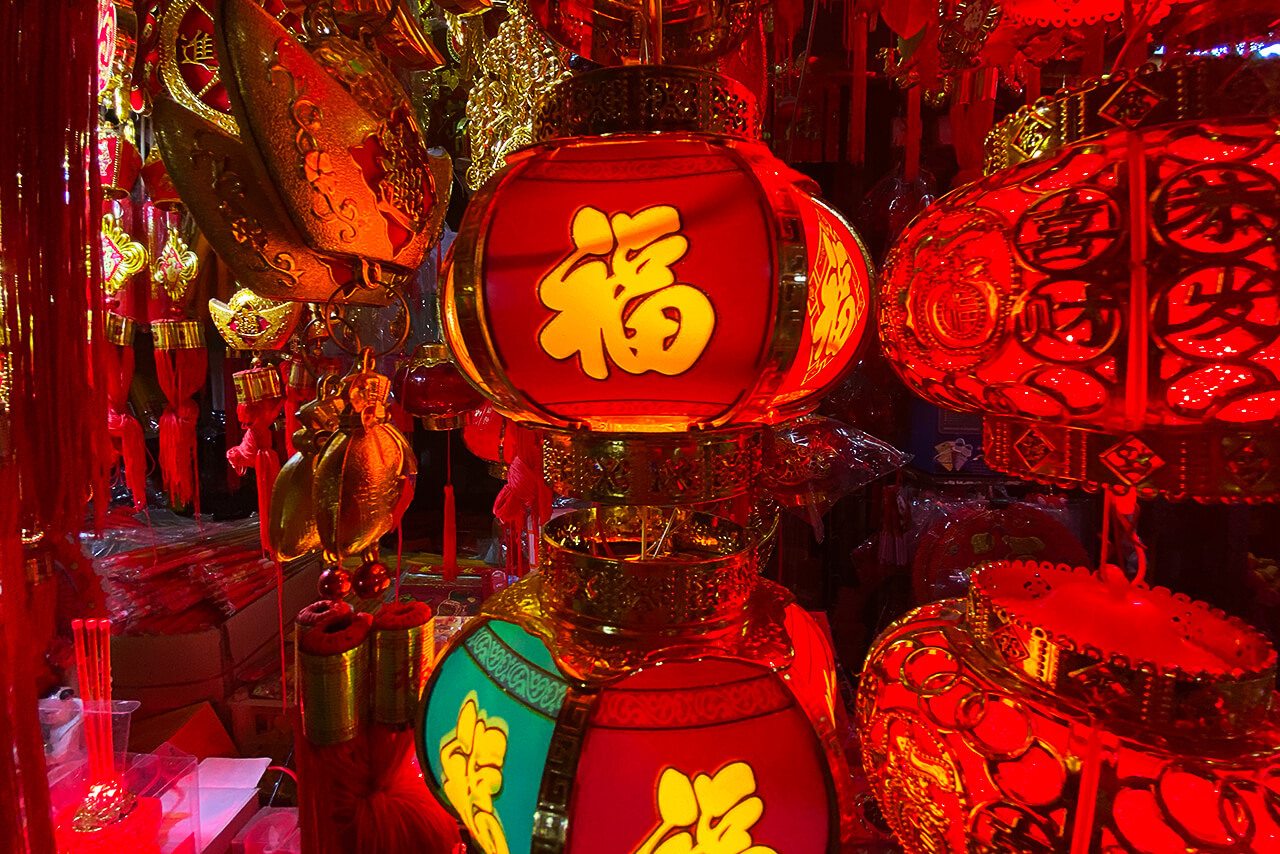 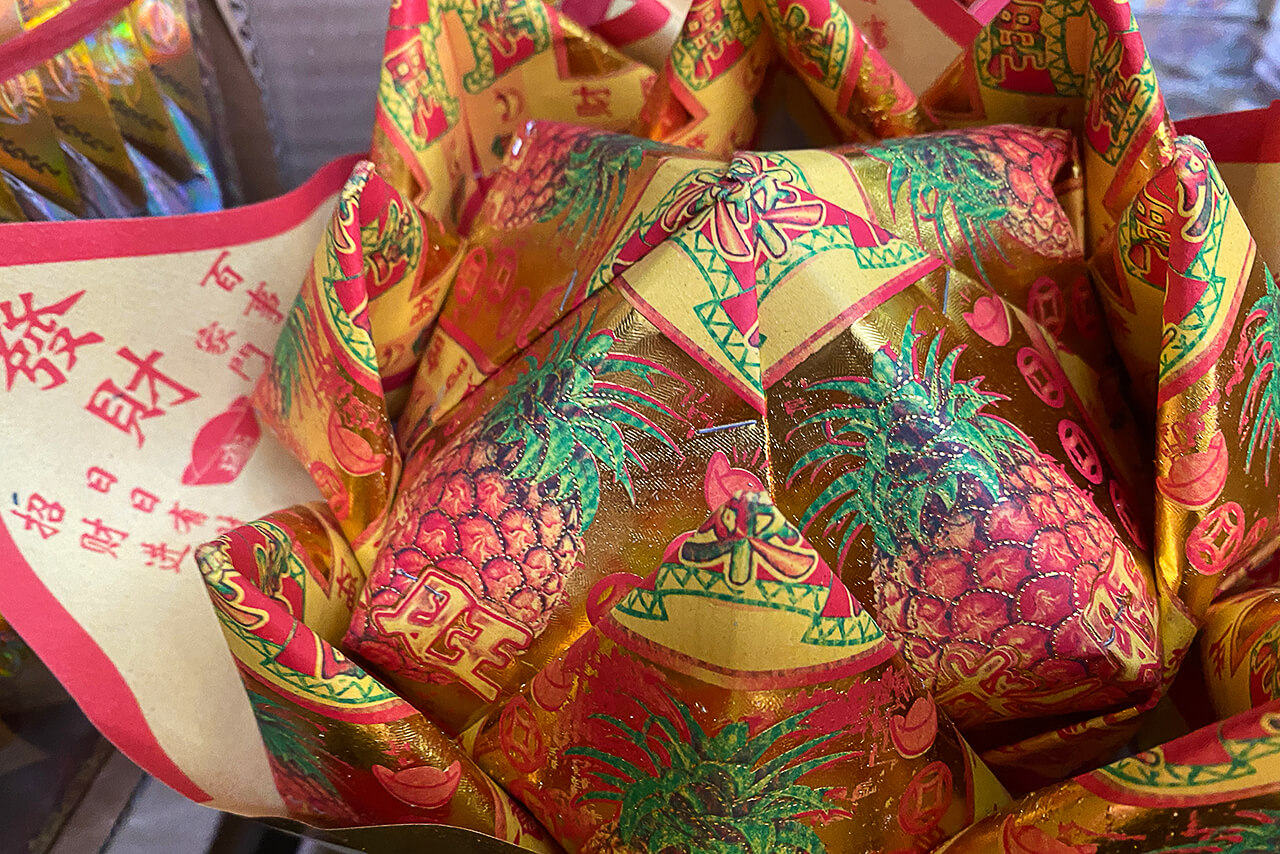 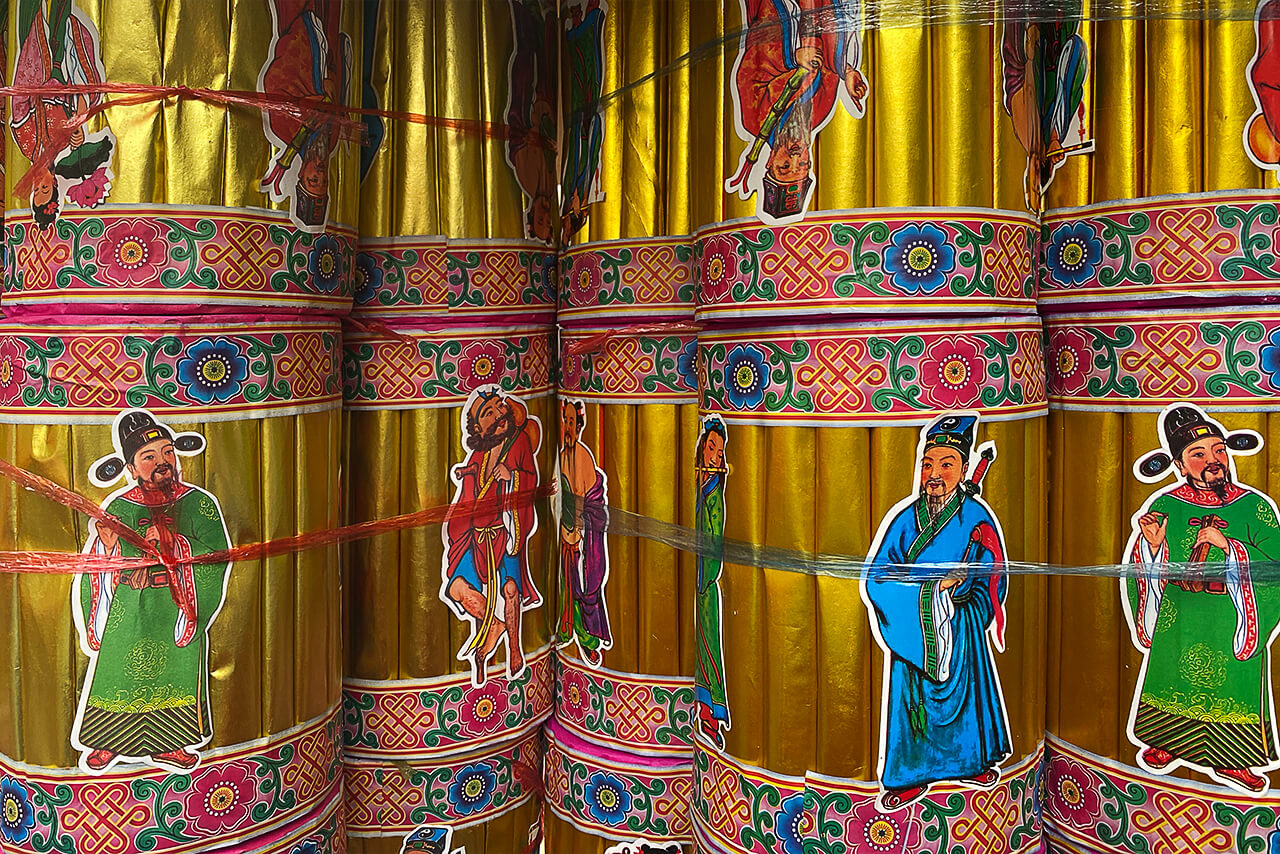 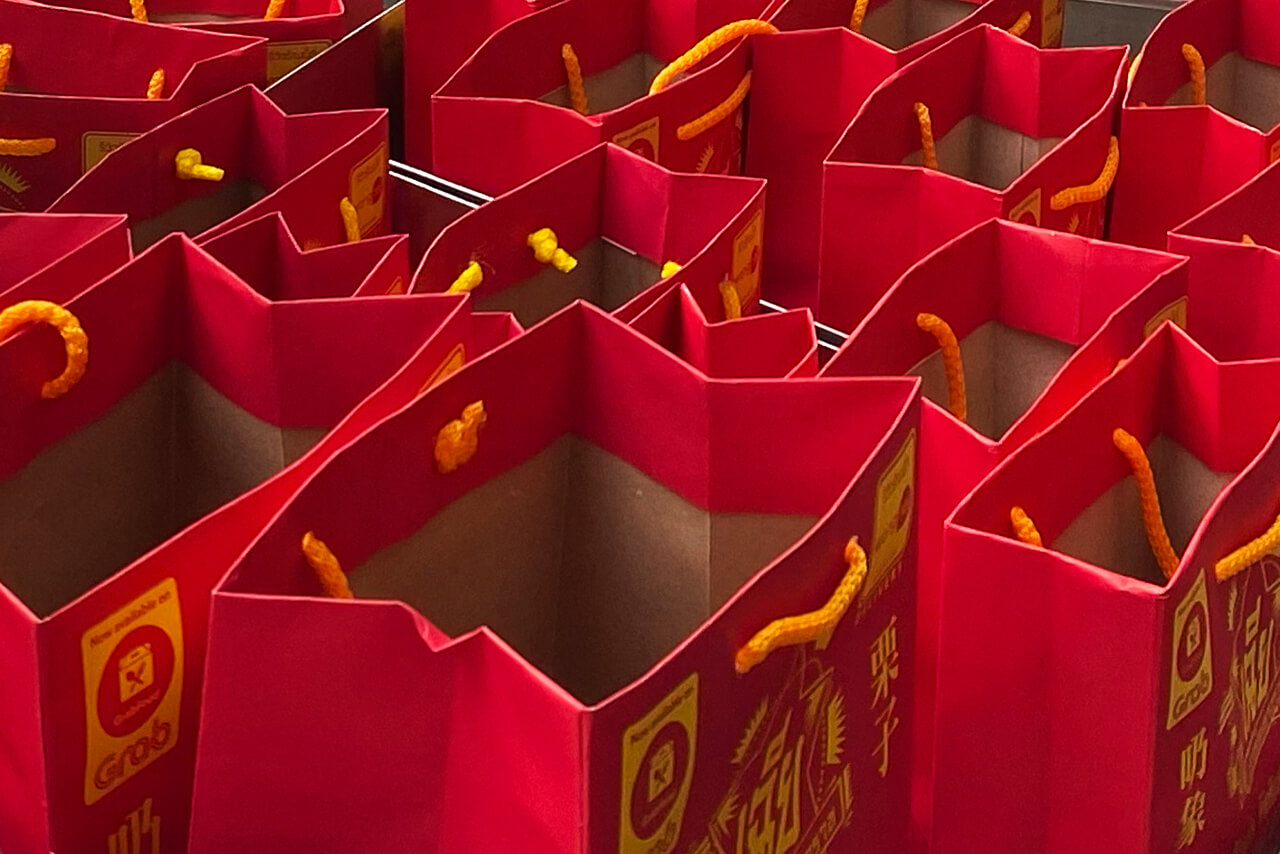 They offer their services directly at the roadside and draw banners for a small amount of money, which are attached symmetrically to the entrance doors of the apartments. These poetic banners have a tradition of over a thousand years.
The number of words on the two banners should always be the same, format and rhythm either identical or complementary. Some writers even try to use an alliteration or the same radicals for each word. 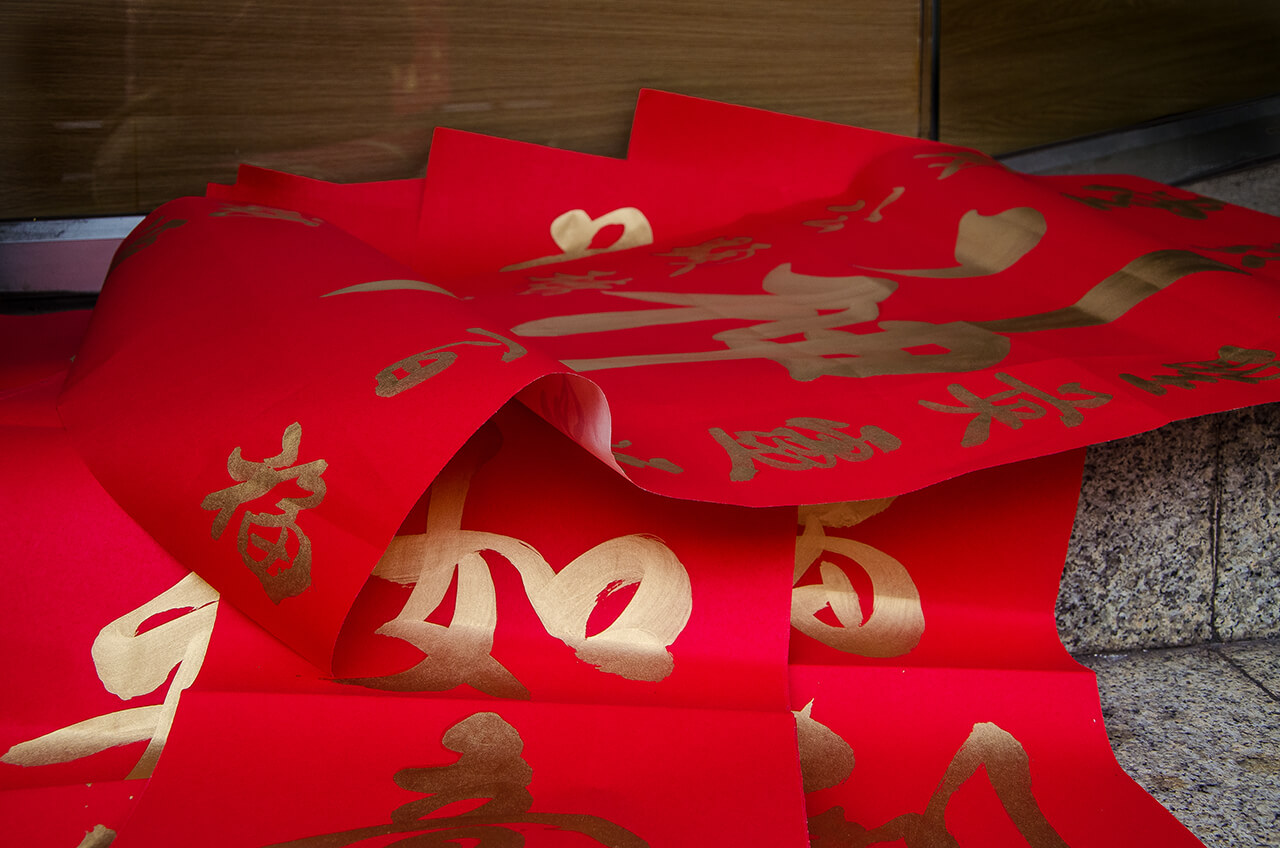 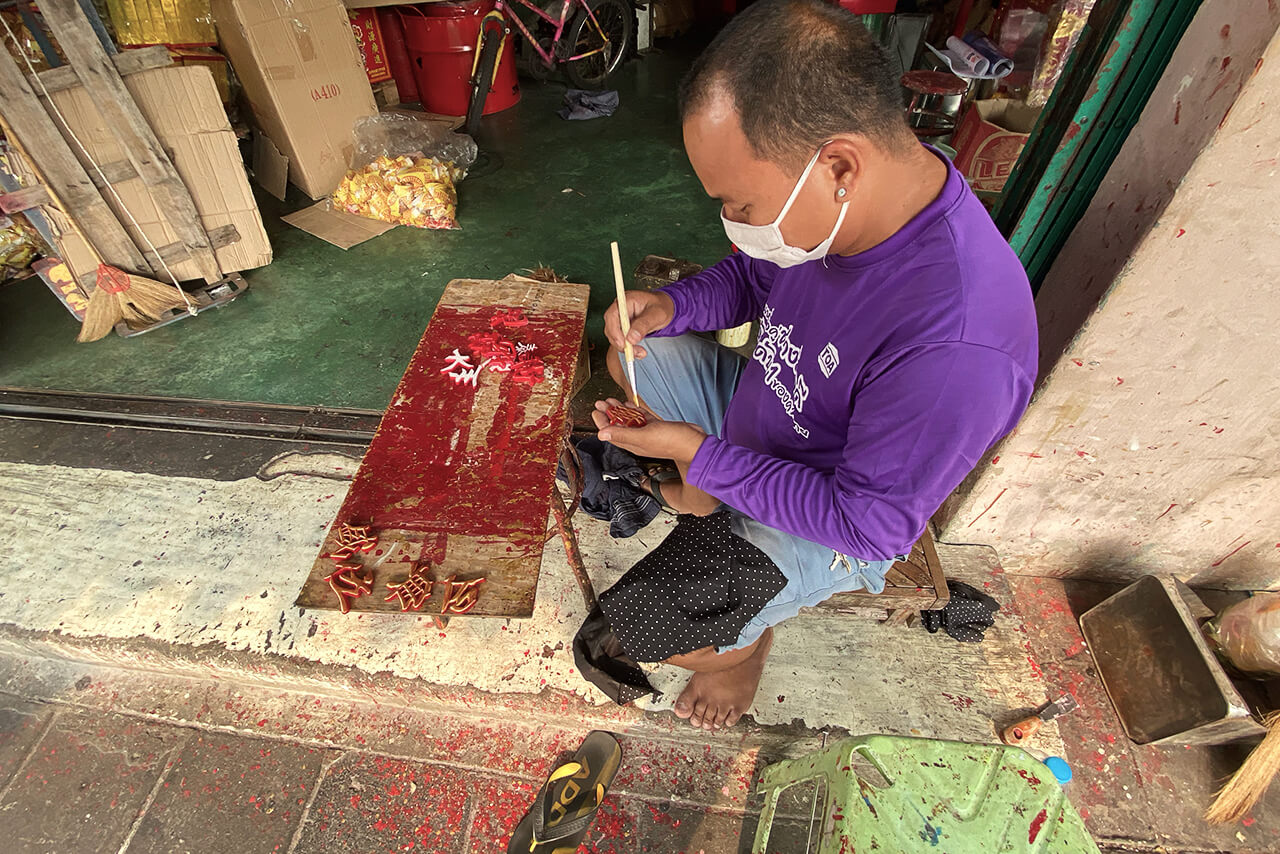 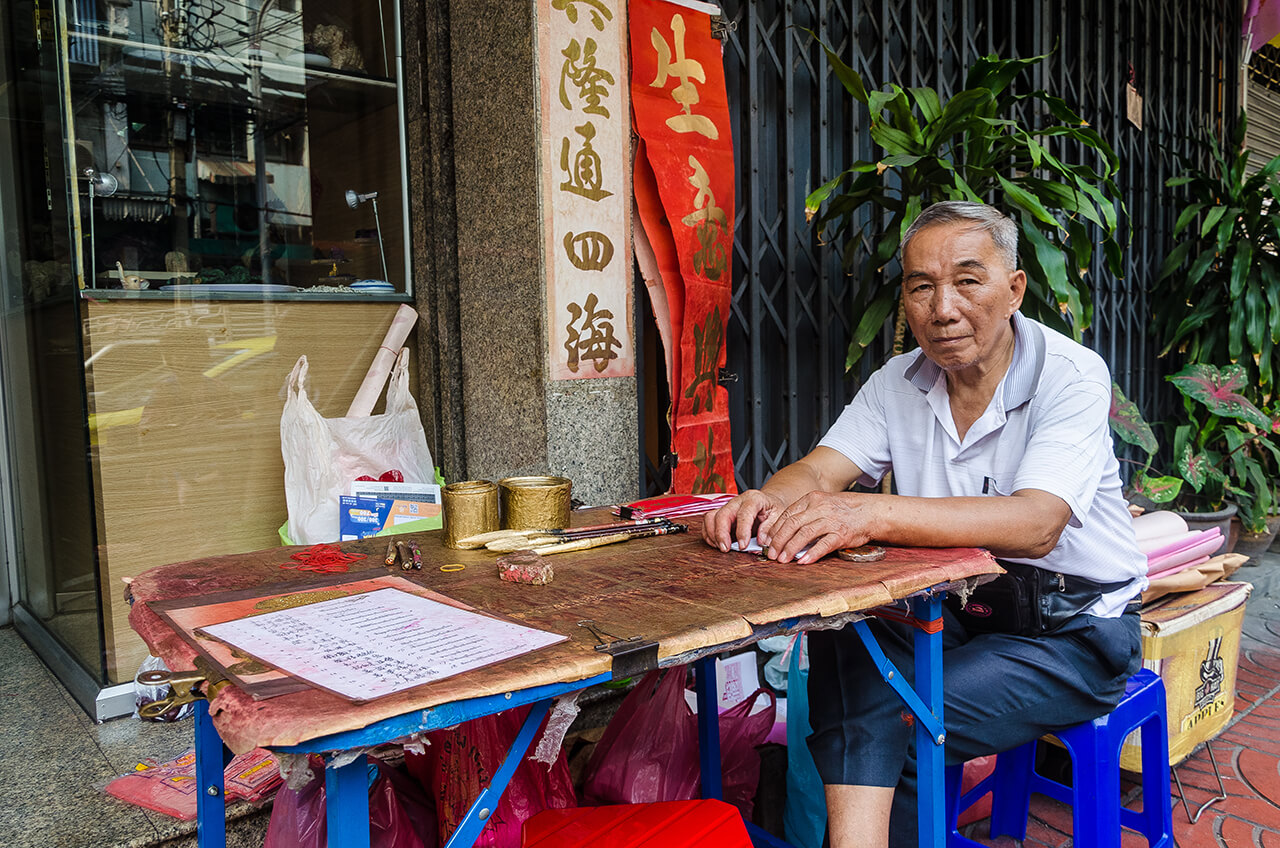 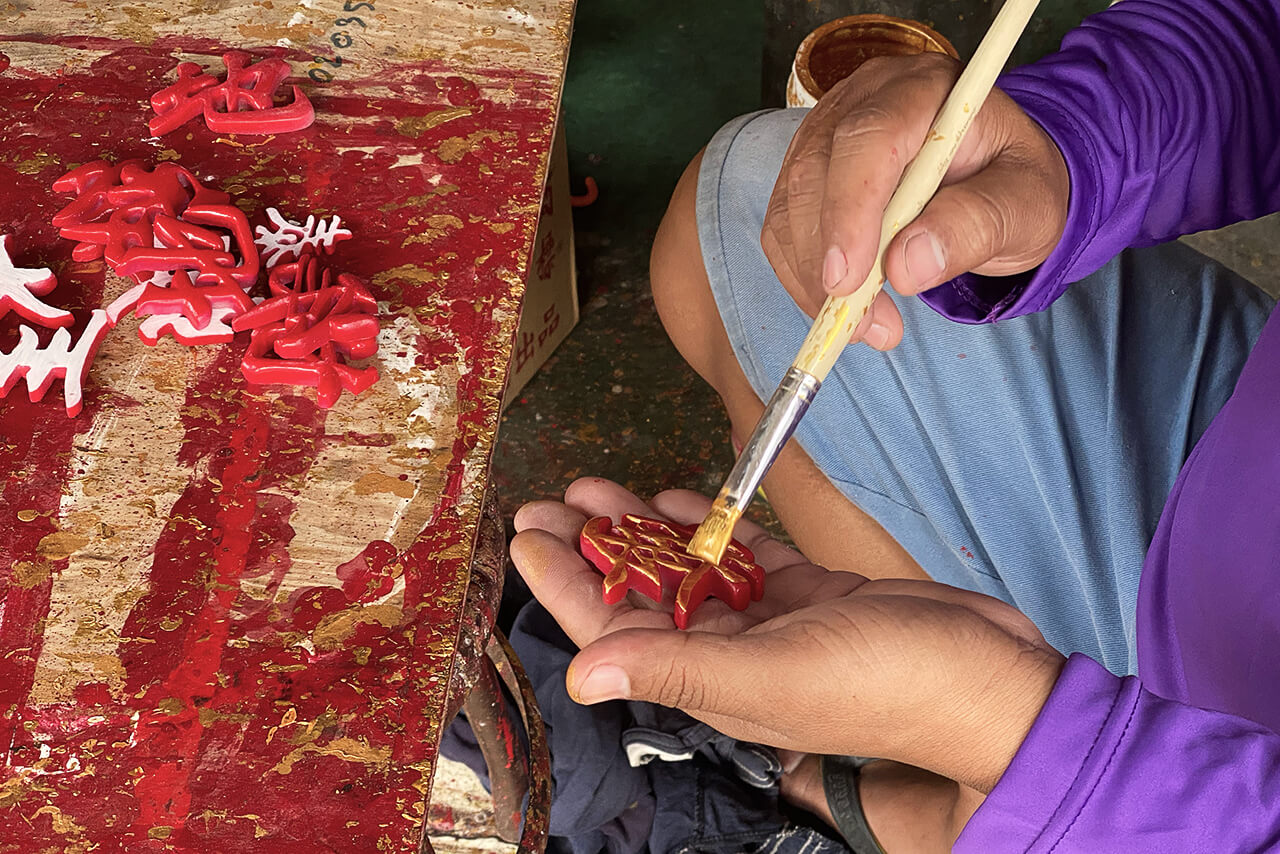 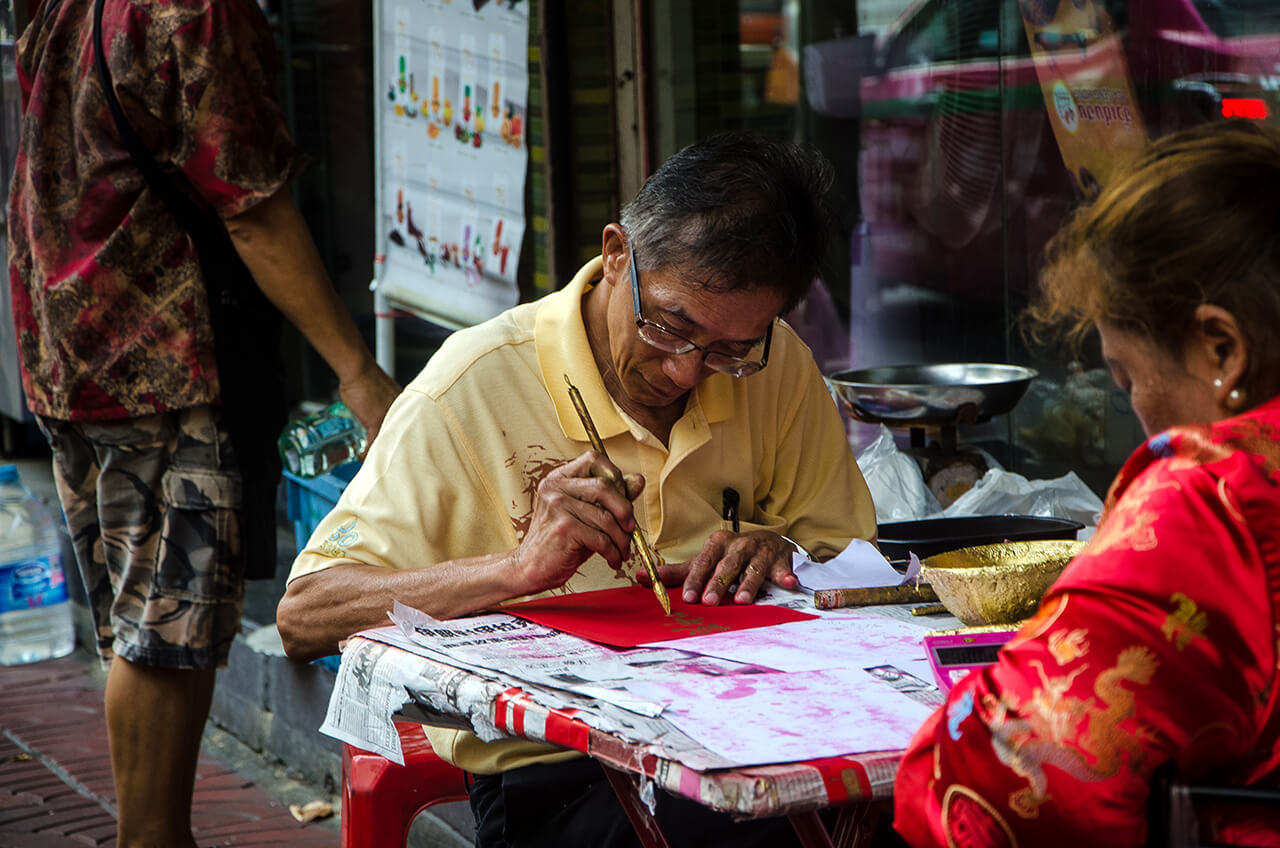 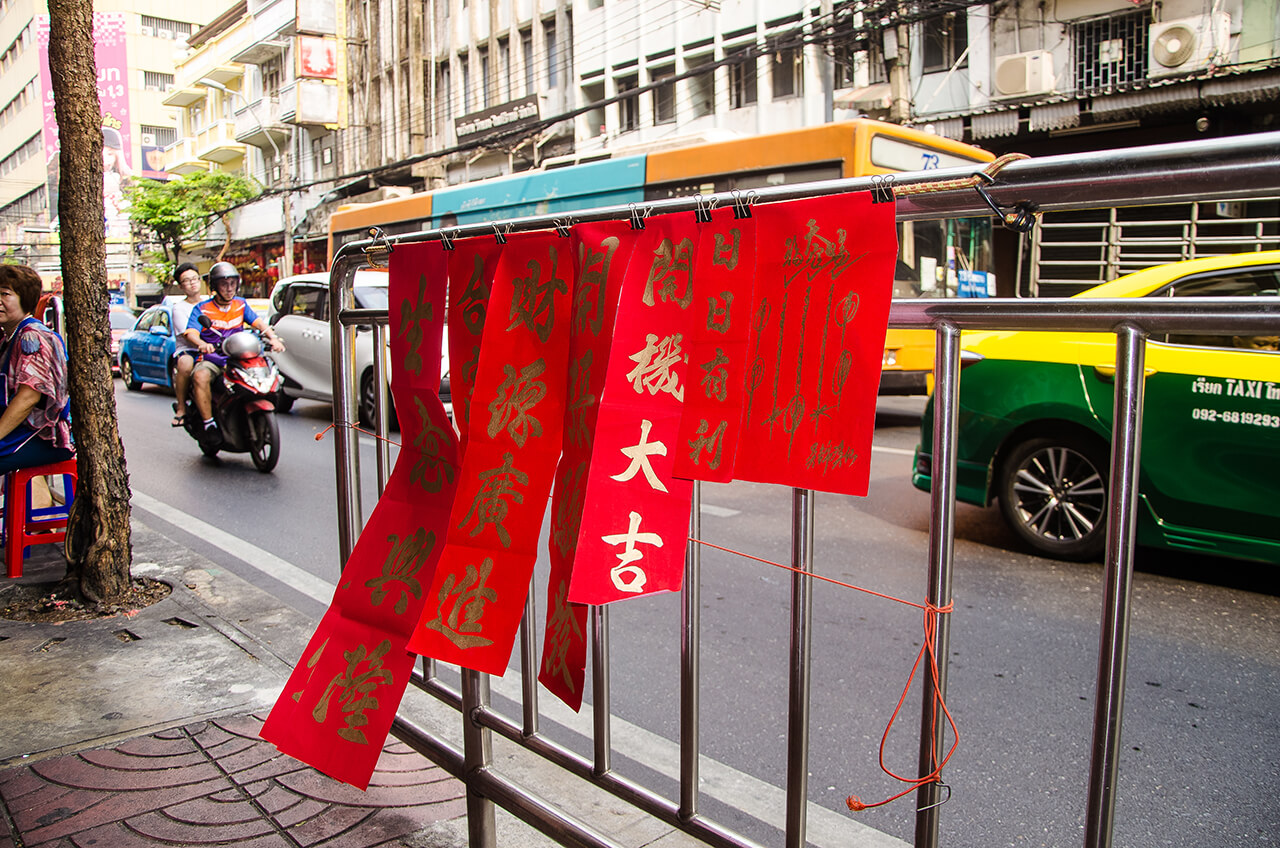 Burning paper has been part of traditional Chinese ancestor worship for thousands of years. Typical Joss Paper was a yellow or white square piece of paper, sometimes coated with gold or silver paint and often showing orange or red additions. This “gold paper” was offered as a burn sacrifice to appease spirits and gods.

From the belief that deceased ancestors had debts to pay in the afterlife, the tradition of burning Hell Money, artificial banknotes with absurdly high nominal values, was born. Typical Hell Money is based on the design of the banknotes of the Republic of China, the front mostly shows the Jade Emperor Yu Di, who is the “Ruler of Heaven” according to Daoist understanding, and the signature of Yánluó, the “King of Hell”. On the back one can see a representation of the “Hell-Bank”. Hell Money is sold in thick bundles and burned in huge quantities at New Year. 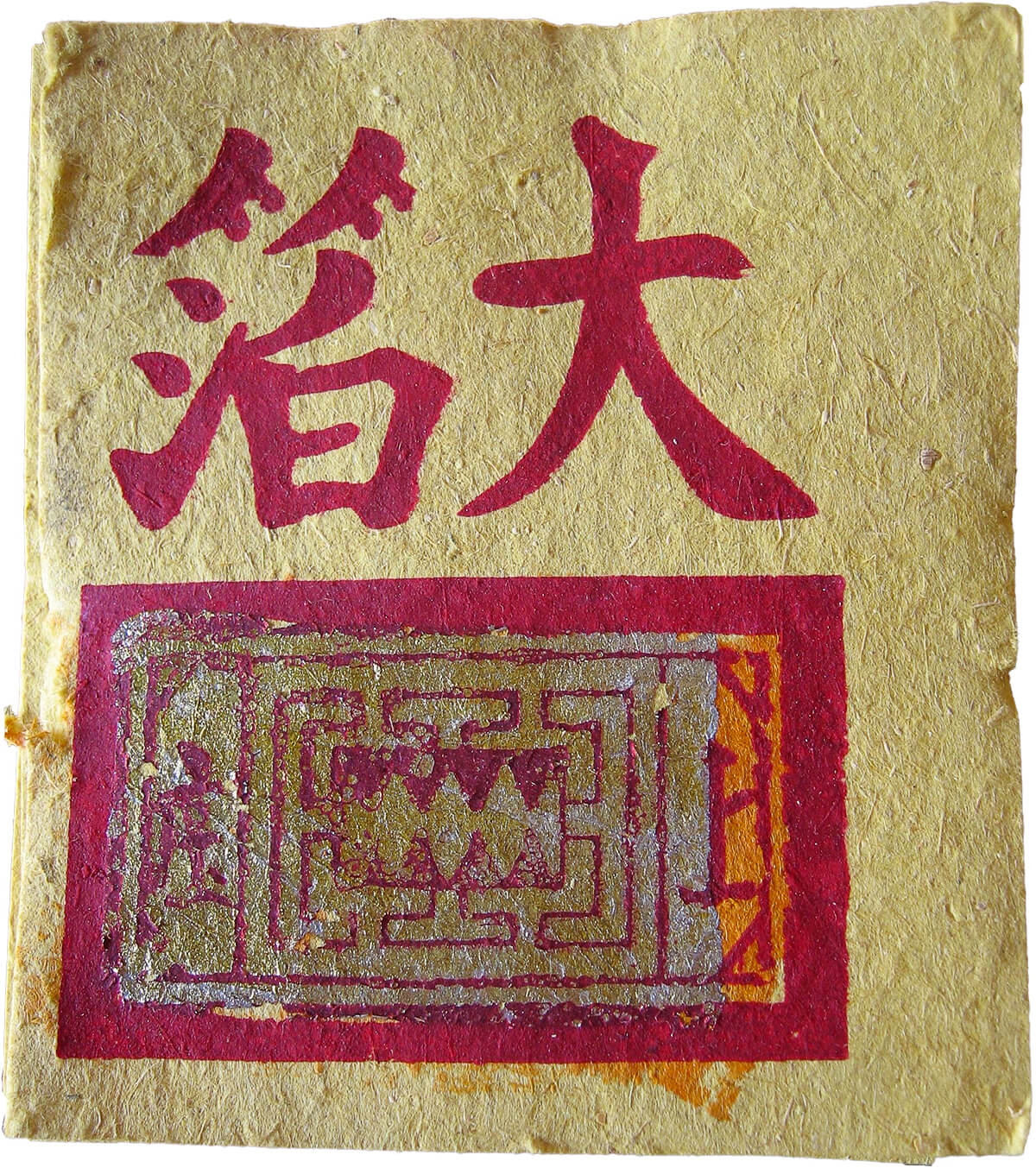 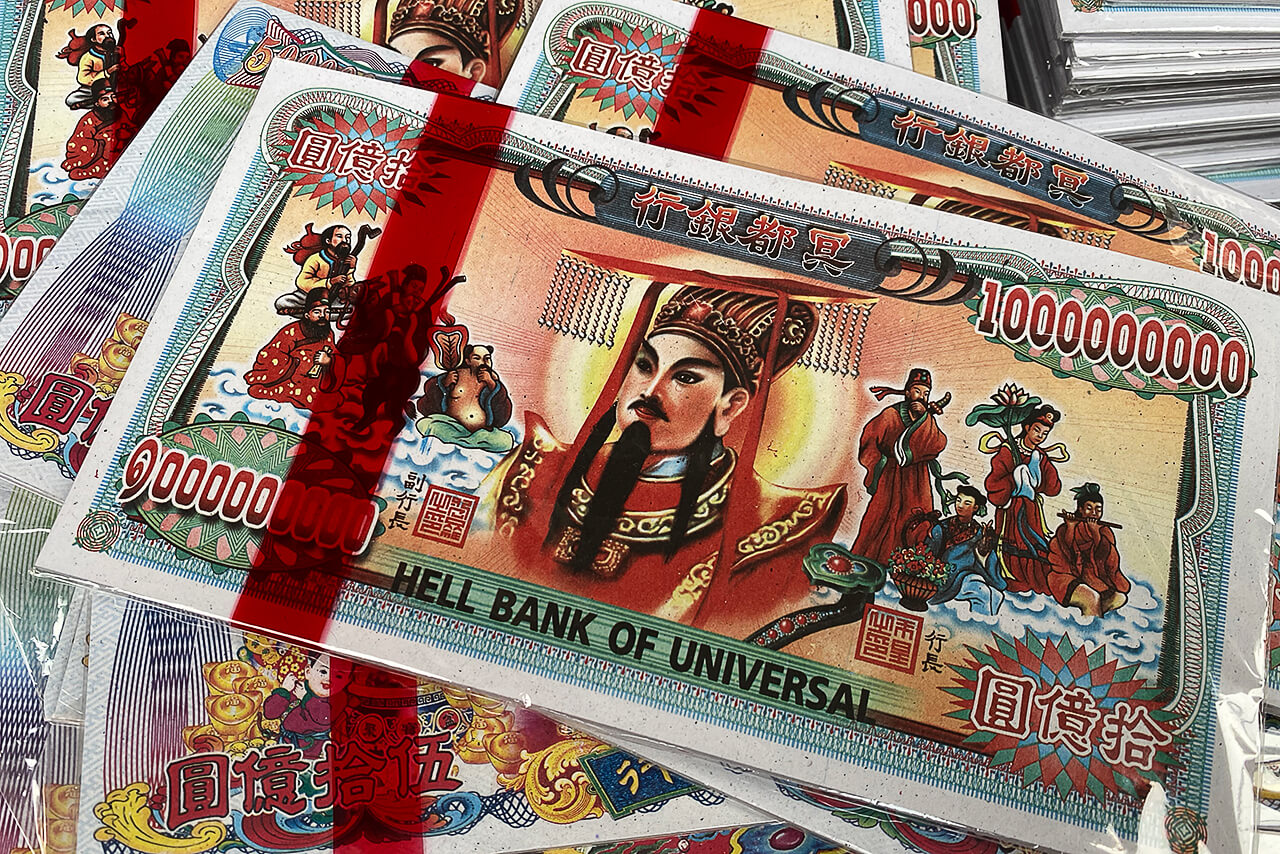 Nowadays the burning of paper gifts has become more and more bizarre. Whereas in the past it used to be sets of cigarettes, dentures and other everyday goods, today paper replicas of Western consumer goods are in high demand.
From Chanel bags to Lacoste shirts and Gucci shoes to sports cars “Made in Germany”– the whole range of hip brands is available to the ancestors. In 2004, China wanted to stop at least the most extreme excesses of the cult and banned Viagra and paper hostesses. 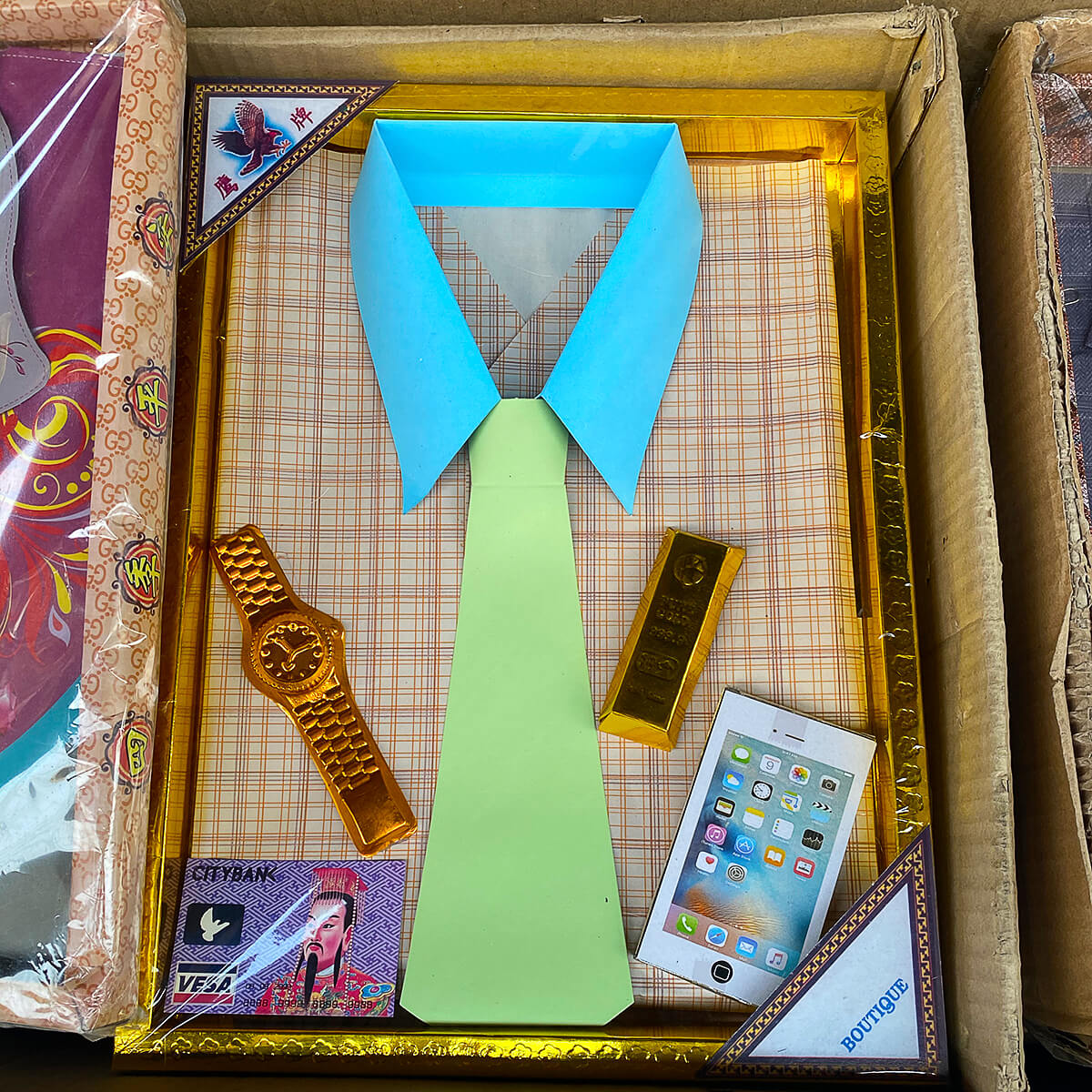 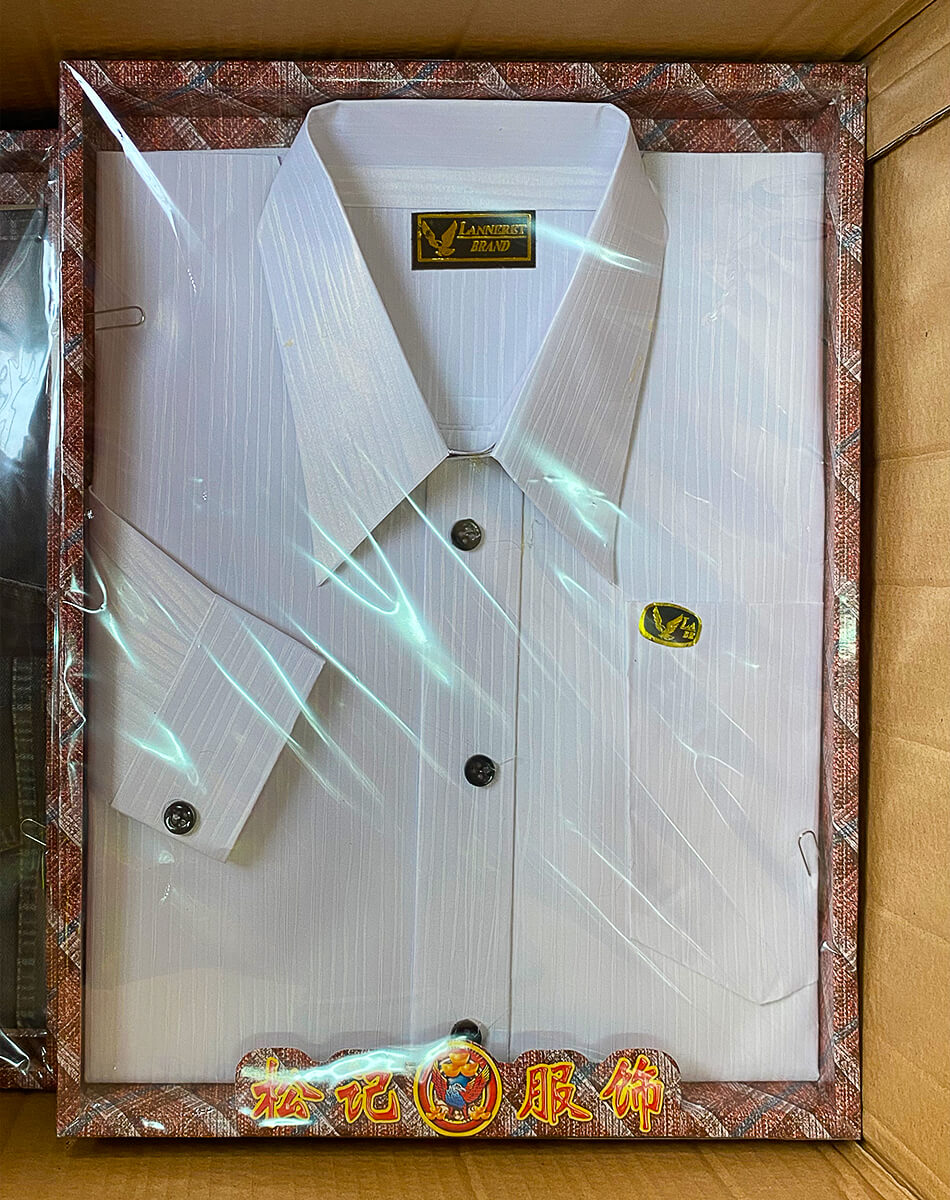 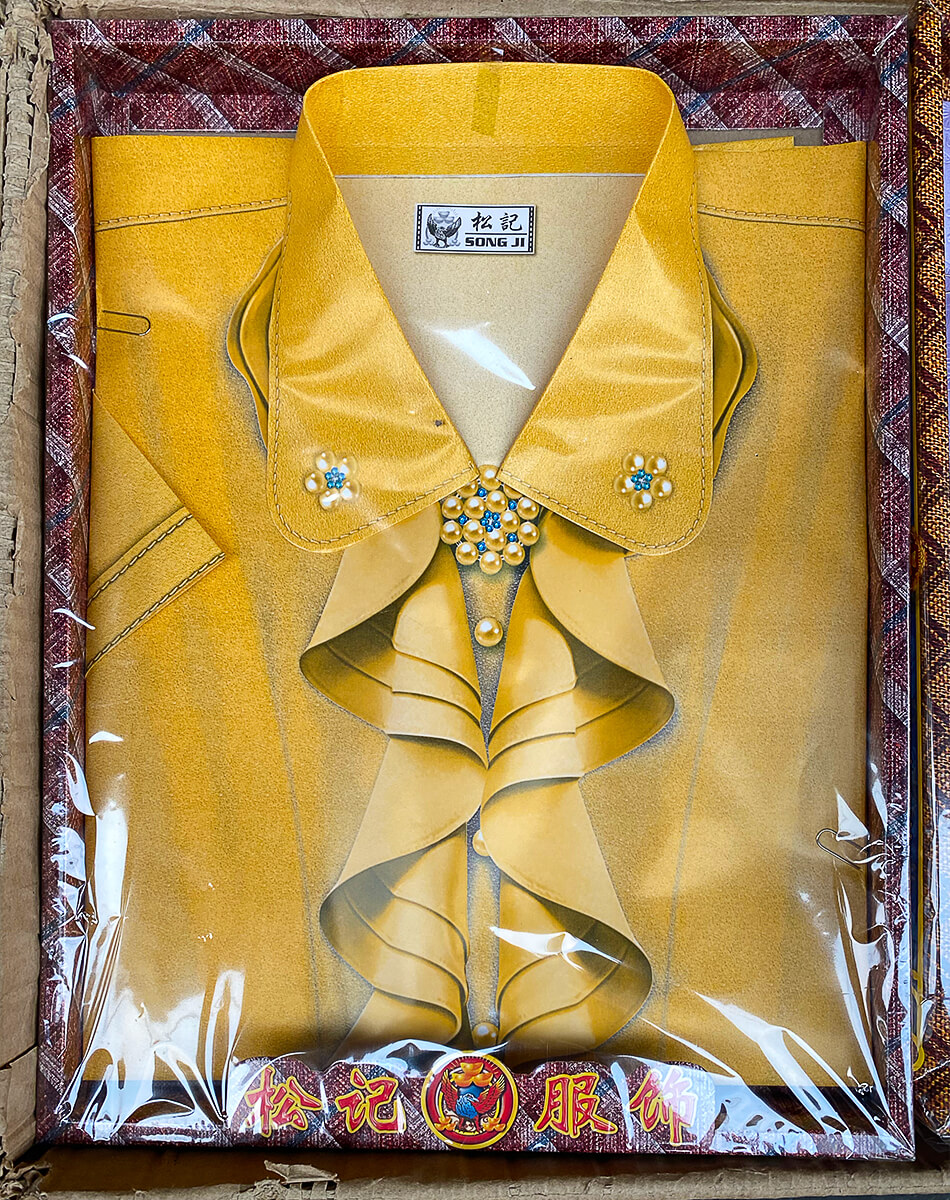 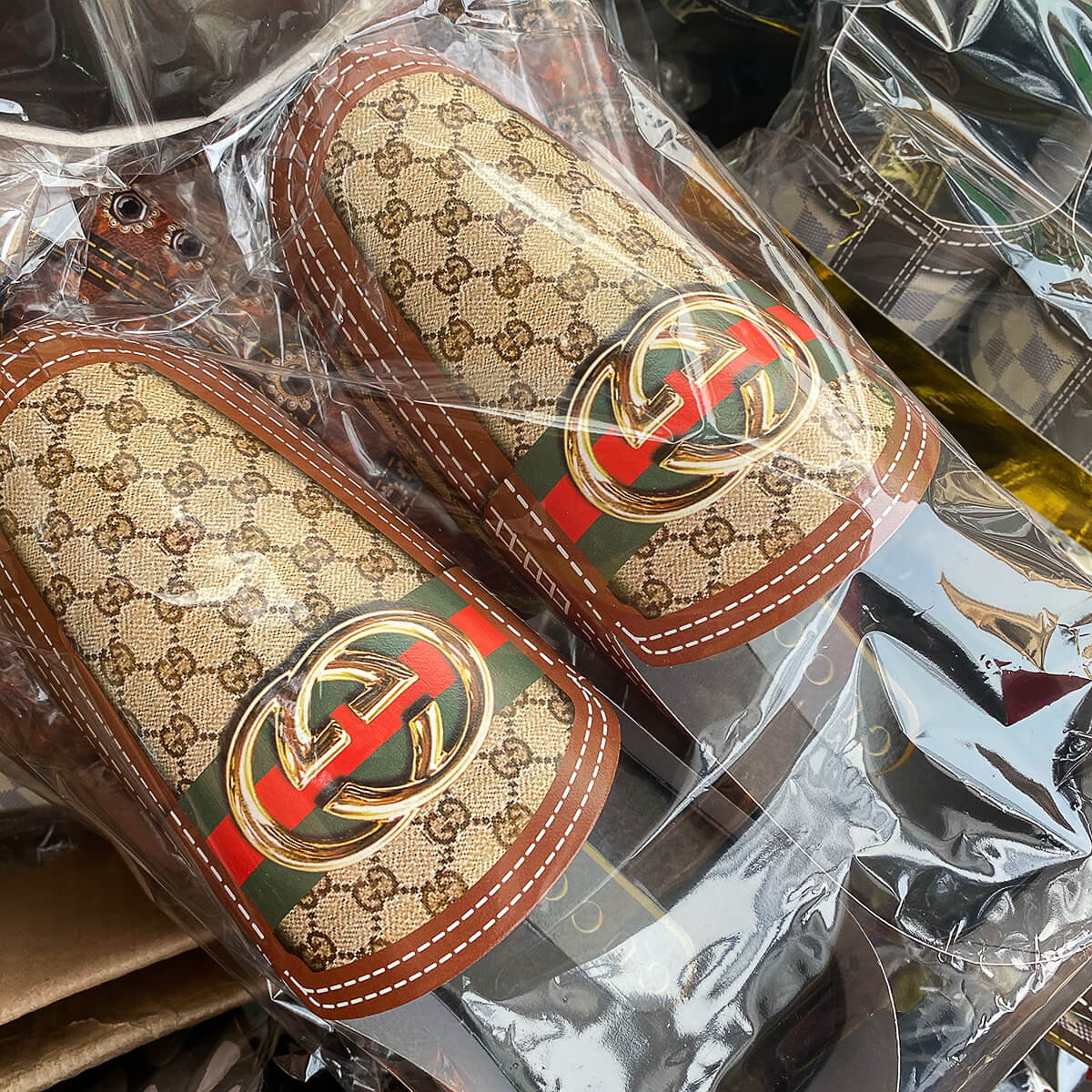 The excessive burning of the paper offerings is increasingly coming under criticism. Doctors warn of carcinogenic substances found in the ashes. During the holidays, many residents complain about breathing difficulties, irritated mucous membranes and conjunctivitis. In Bangkok, already plagued by high levels of particulate matter, the call for a ban is therefore becoming louder.
Among the inhabitants of Chinatown, too, a rethinking is slowly taking place. Many think that one should not only consider the ancestors but also the inhabitants of this world and at least limit the amount of burnt offerings. According to an article in the Bangkok Post, sales to Joss Papers fell by 20-30% last year.

It is quite possible that the paper gifts will soon have disappeared completely from the cityscape of Chinatown. 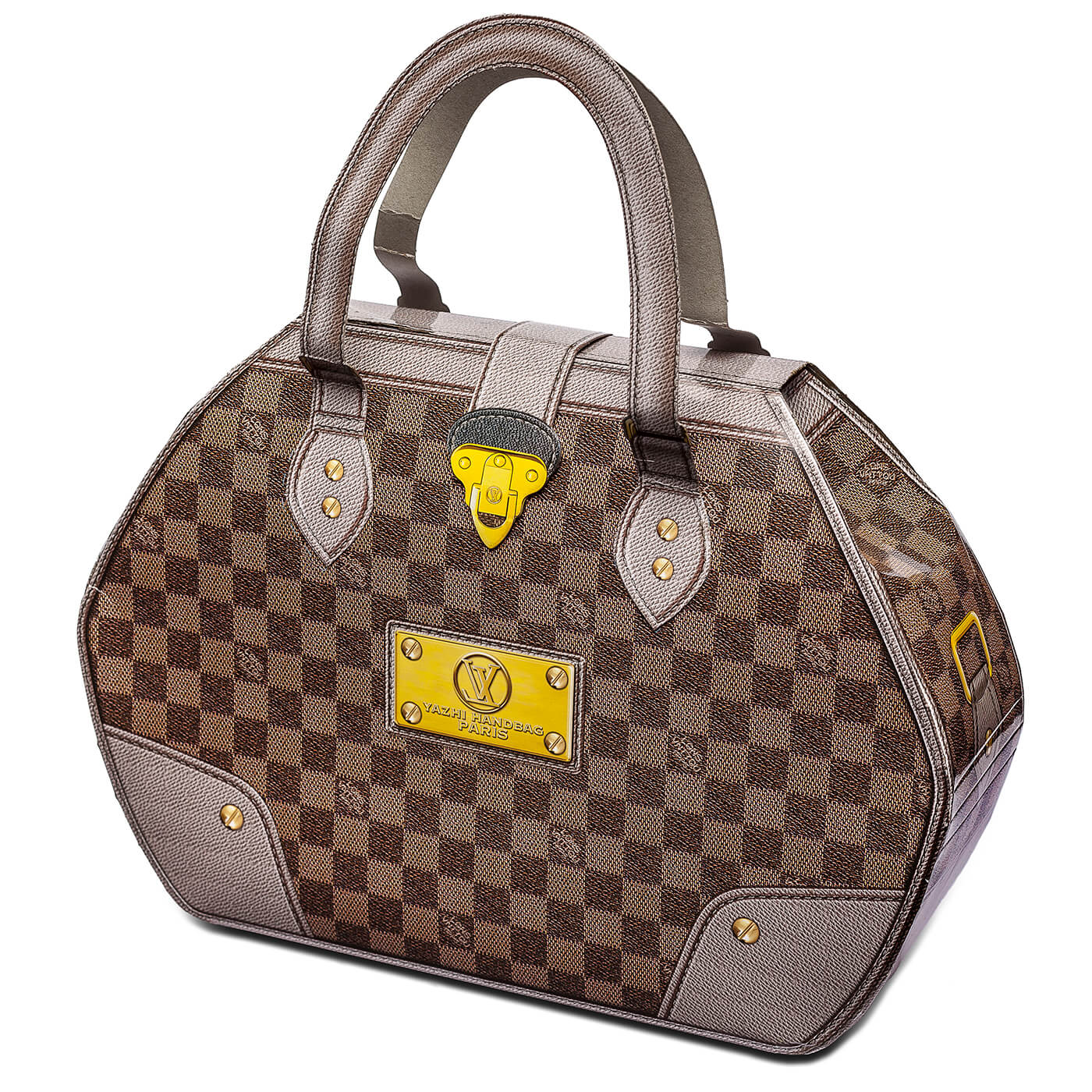 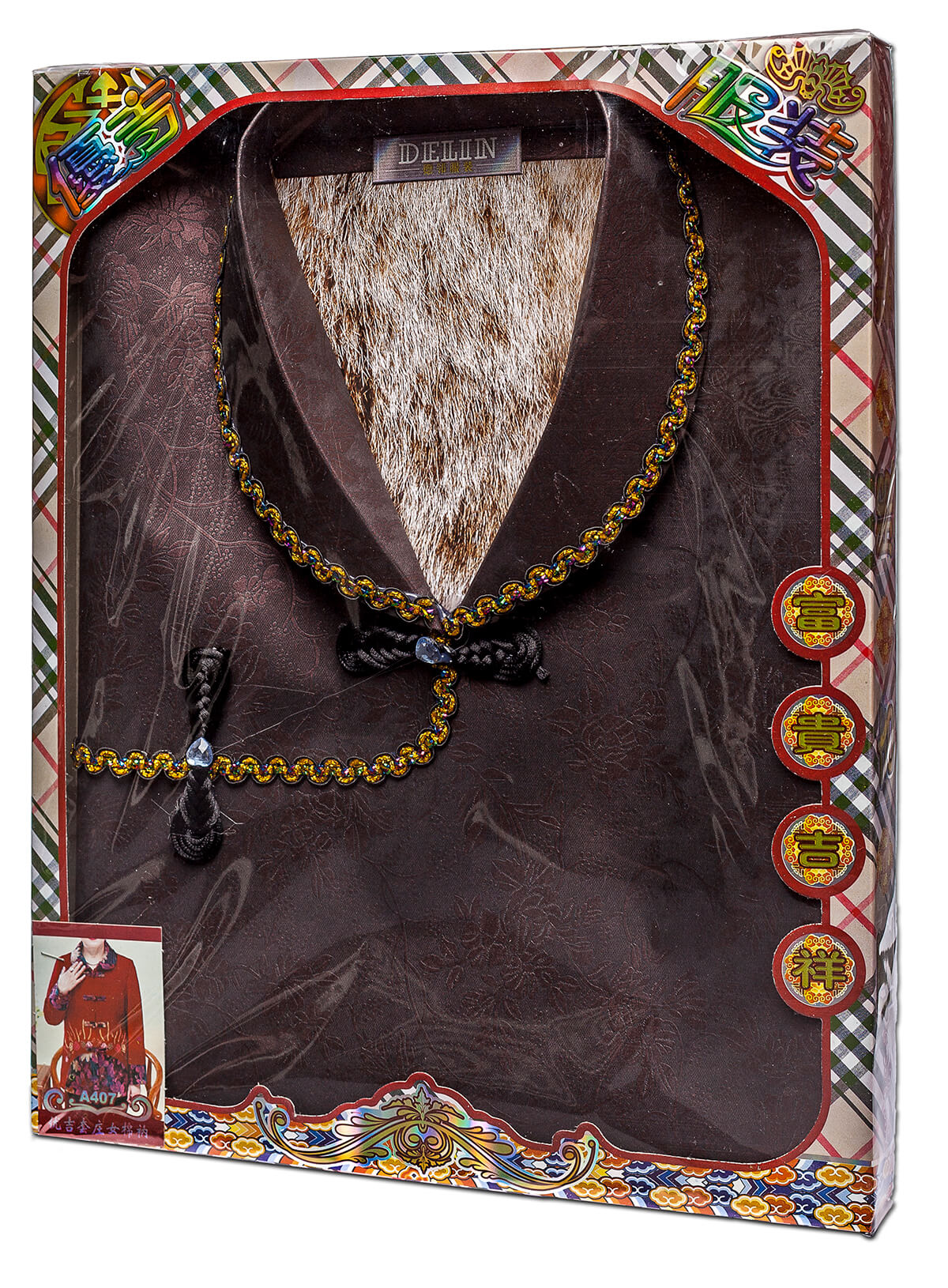