A striking feature of Saigon’s cityscape is the excessive use of awnings as advertising space. Especially small shops and restaurants use these extreme formats to attract attention. The house number is often communicated in large numbers.
The love of the Vietnamese for three-dimensional letters is manifested on the awnings. Almost all lettering shows shadows, outlines, 3-D effects or gradients – or all of them together. The advertisement of the awning manufacturer is obligatory. 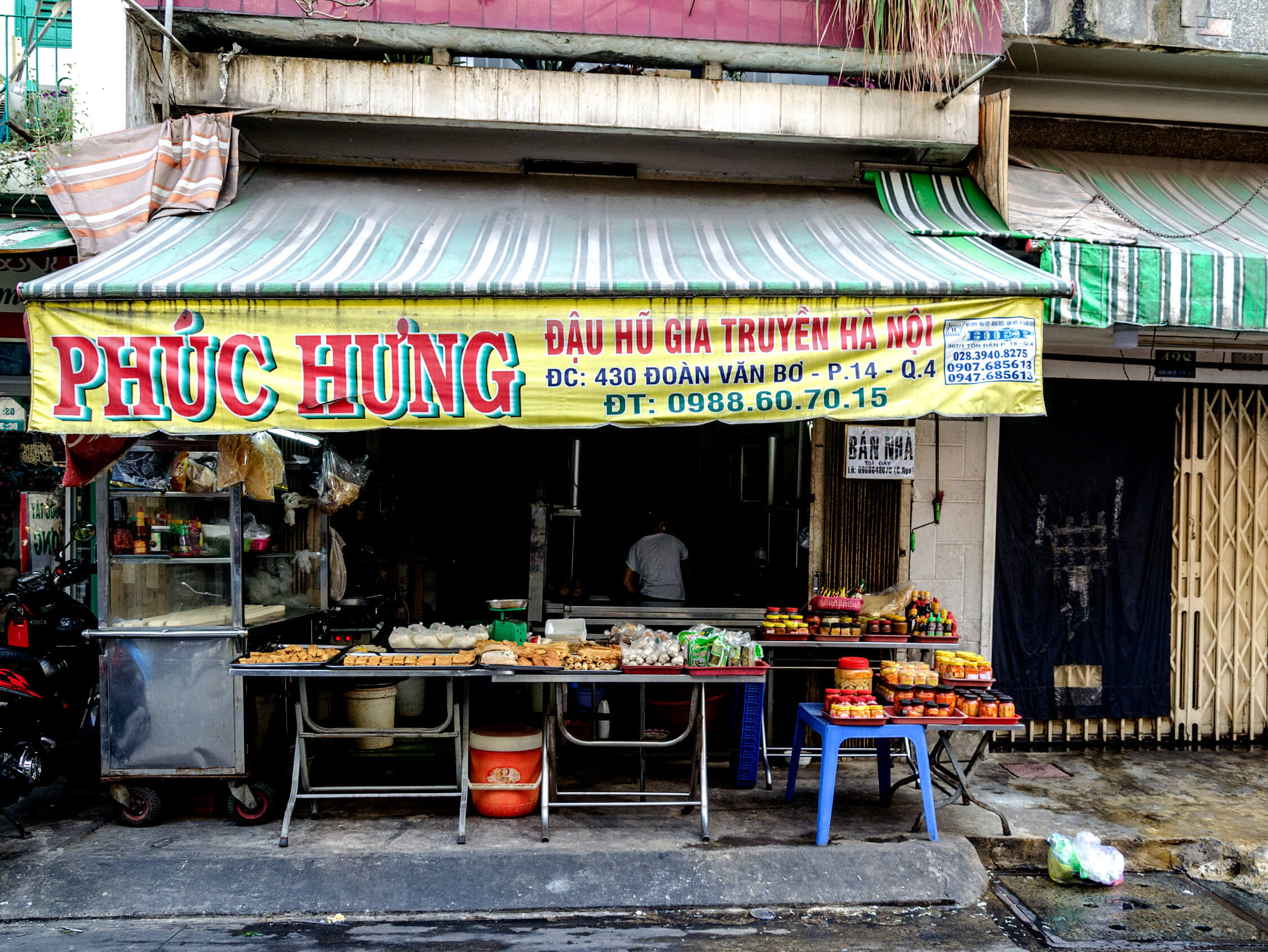 As a tonal language, Vietnamese has a large number of letters with diacritical marks to distinguish the tones. The Vietnamese writing system uses seven modified letters. Four of them have separate diacritical characters ( ă, â, ê and ô), while three have the diacritical symbols firmly attached to the letters (as in the case of đ).
Accents such as acute, breve, tilde or sub-point are added. They are used to identify six characteristic tones. An excellent overview of the typographic challenges of the Vietnamese language is provided by vietnamesetypography.com. All these characters in combination with the 3D effects have a very special charm. 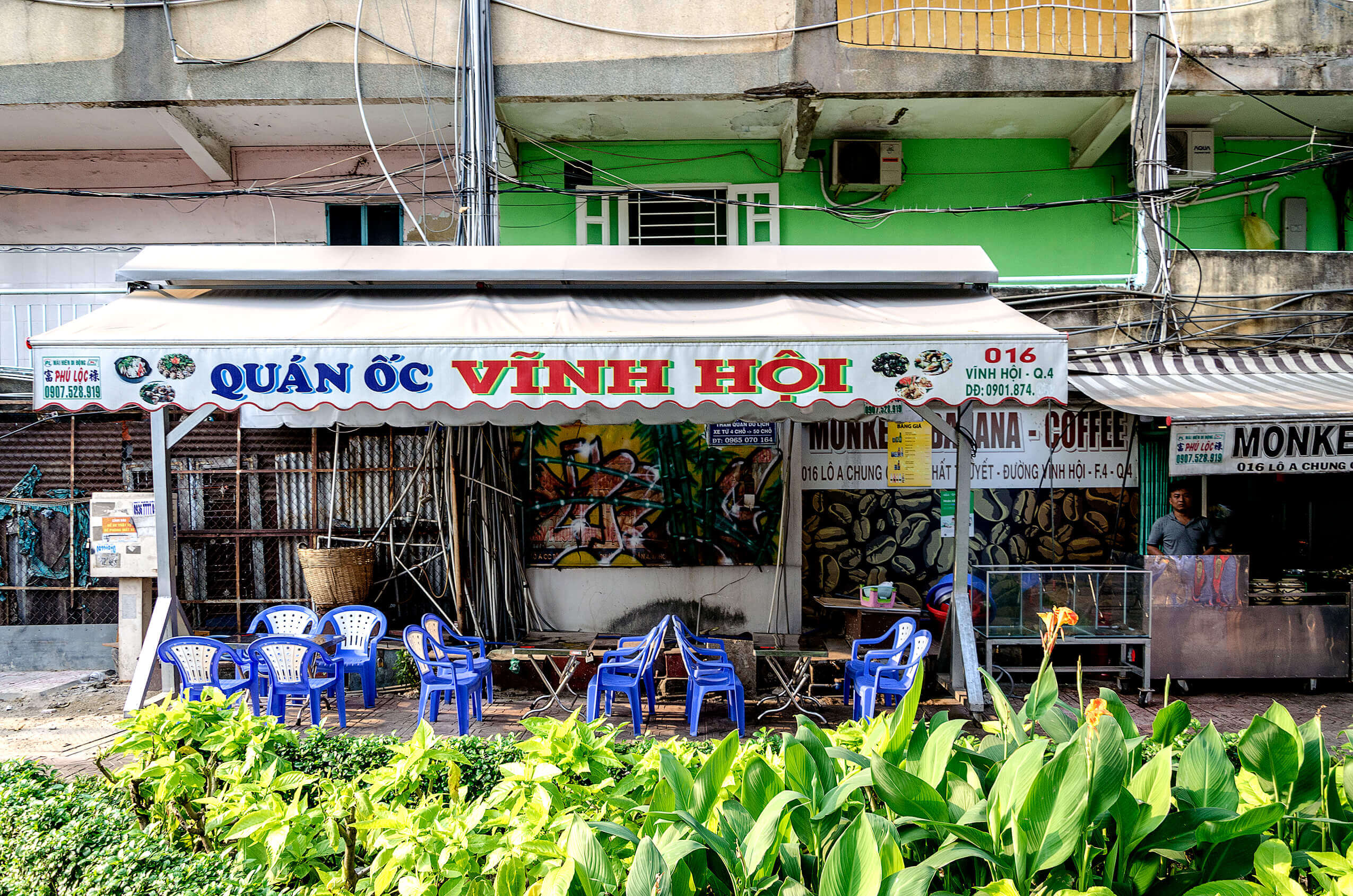 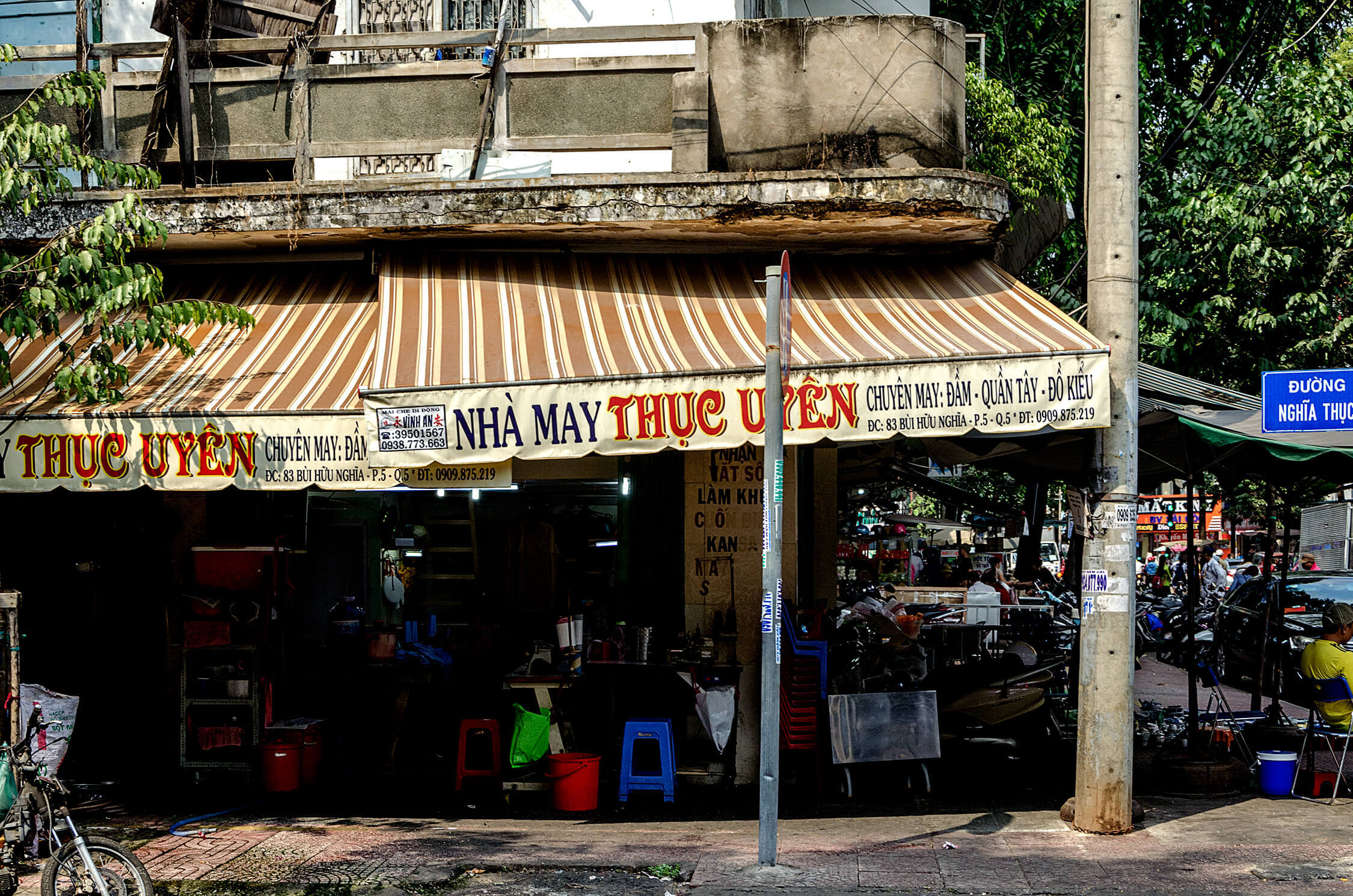